Making bread has to be one of the most satisfying experiences, and so I want to show you how to make homemade bread.

I love the process, and I find it very therapeutic, it’s like working with a live being.

JUMP TO HIDE
1. Bread Baking for Beginners
2. How to Make Homemade Bread
3. Tips for Making
4. Bread Types From Around the World for Inspiration
5. Homemade Bread Recipe

I love the feel of the dough forming in my hands, the kneaded dough rising, that will soon transform into baked bread.

There are all kinds of ways and methods, from using bread machines to the good old fashioned two hand way.

Bread machines have come a long way, and some people swear by them.

I wouldn’t bake my bread in them, but they are good for mixing and kneading dough.

However, it is a hobby that is well worth pursuing in my opinion. 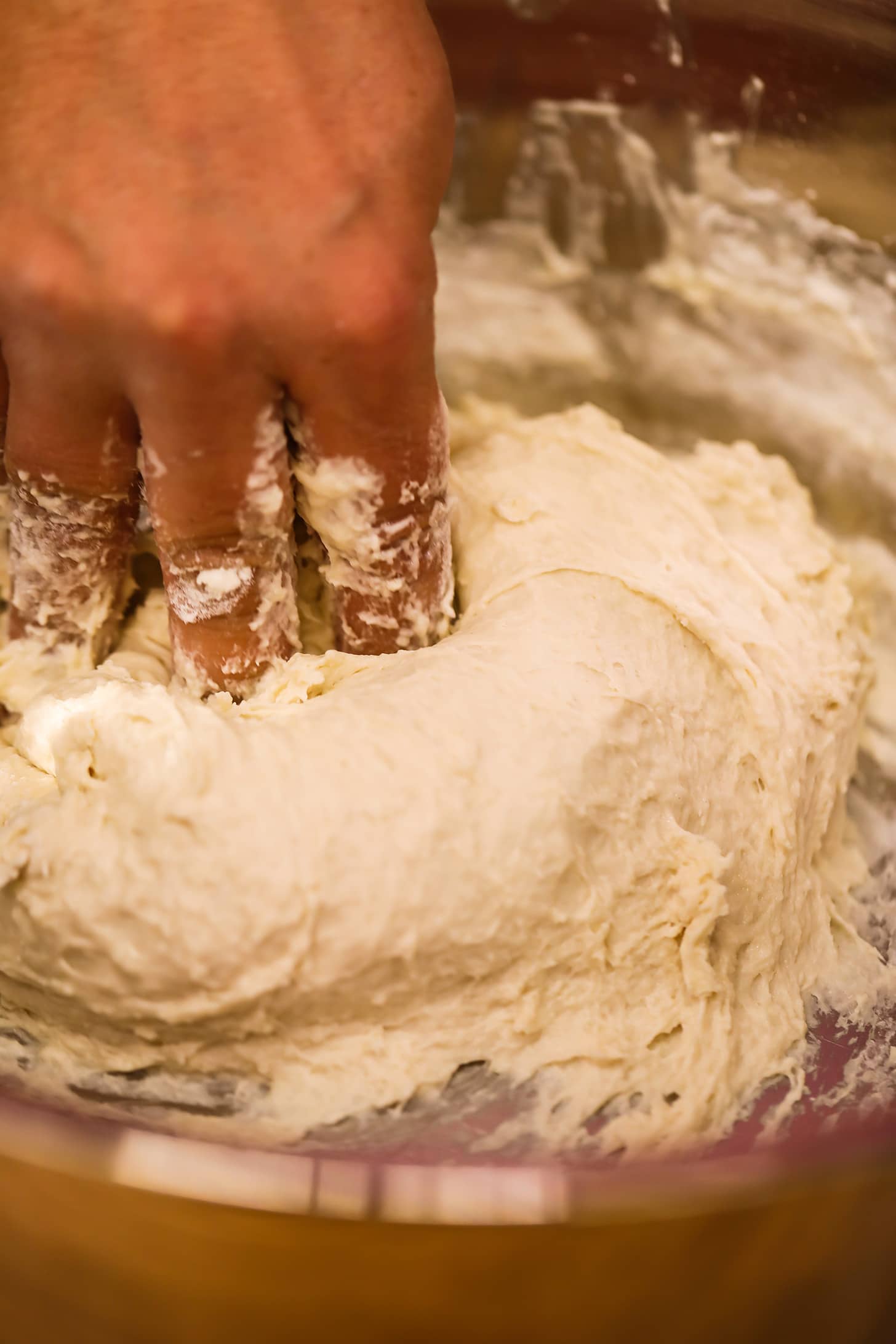 The first thing I would say about making bread is to relax.

This is because you can always fix things if they go wrong, and in the worst case scenario you just start again.

In my book, any kind of bread is good bread, and worth at least trying.

First off there are different types of flour to consider, from bread flours, to rye, and whole wheat flours.

Each will have a different flavor and will react differently when incorporated in bread baking.

There is a place for every loaf that is baked, and I very rarely won’t eat one.

It is possibly best to start with making a simple white bread loaf using bread flour.

This has a higher gluten content than other flours.

Use instant yeast as this will not need to be activated like active dry yeast.

Next you will need a warm place where you can cover your dough to proof.

Proofing is the process in which dough is left to rest and rise before it is put in the oven for baking.

I would recommend investing in a baking stone for your oven.

This will ensure a better than good chance to get a superior loaf.

The stone absorbs heat which allows for your loaf of bread to bake at a higher temperature.

The higher heat allows the bread to rise and expand, and will help give your loaf a crunchier crust. 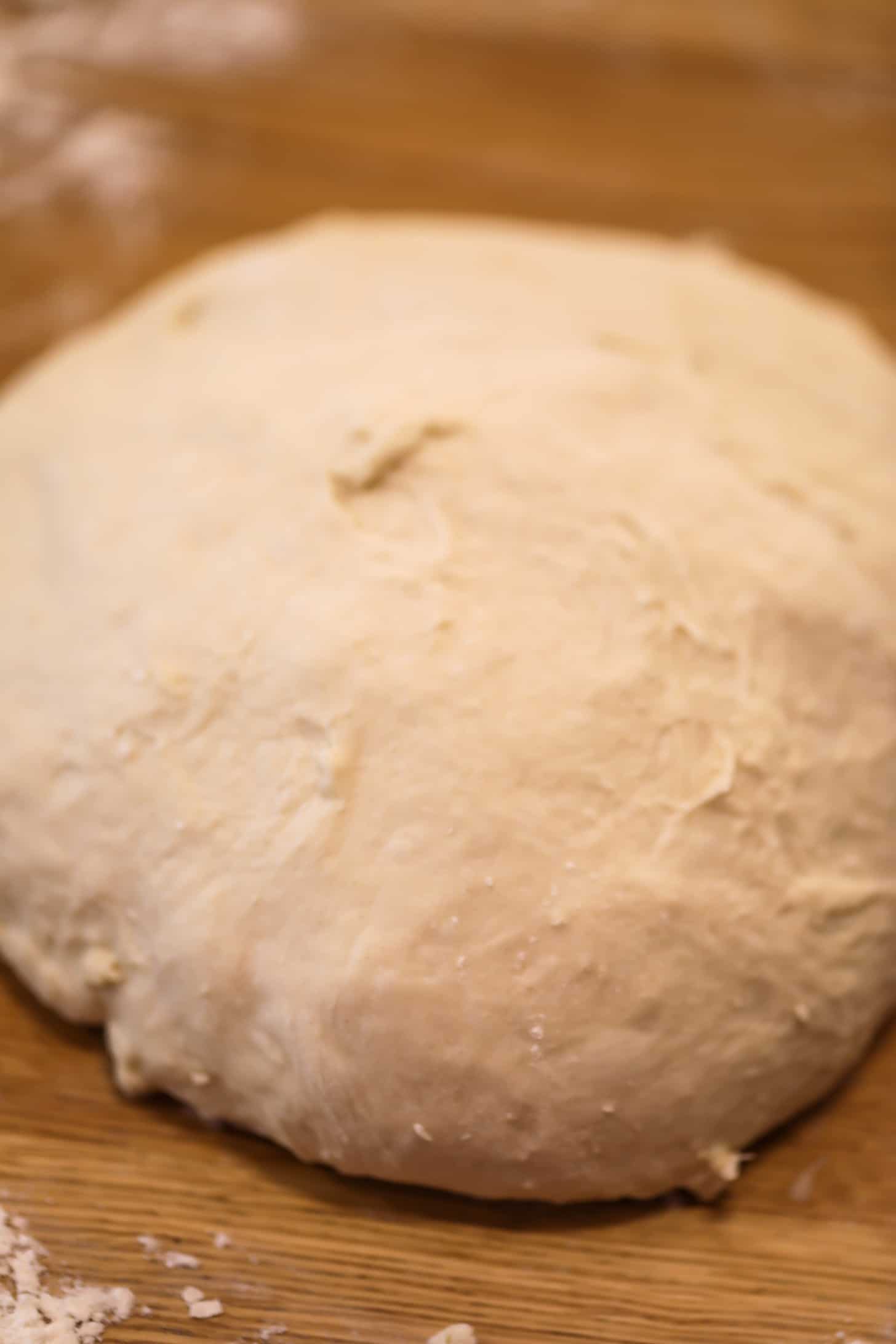 The basic ingredients for a homemade bread recipe is flour, salt, yeast and warm water.

In a large bowl place the cups of flour, salt and instant yeast in a bowl.

Wheat, bread and all purpose flours can be used and will all have different characteristics.

Whisk to mix well, make a well in the middle and pour in the water.

Begin to mix with your hands by slowly bringing the flour from the edges to incorporate with the water.

As the dough begins to form you will want to keep a balance between a dough that is too dry and hard, and too wet and sticky.

It is preferable to have a dough that is a bit more on the wet side rather than one that is too dry.

It is very common for dough to be adjusted as you are in the middle of making it.

If too dry add liquid, and if too wet, add flour.

“The smell of good bread baking, like the sound of lightly flowing water, is indescribable in its evocation of innocence and delight.” —M.F.K. Fisher

Once your dough has formed to the consistency you want it, knead it for a few minutes to help develop the gluten.

Cover the bowl with plastic wrap and put in a warm place.

Then allow it to rise for at least an hour until the dough has doubled in size.

Punch down the bread dough and knead again for a few minutes.

Cut the dough into the loaves sizes you want and shape or put them in greased loaf pans.

Dough that is not going in a tin can be placed on parchment paper, covered with a damp kitchen towel.

Another way to bake the dough is in a cast iron pan.

But whatever you decide, allow the loaves to rise for at least an hour.

Once the loaves have risen, uncover and use a very sharp knife to make a slit or two on the top.

Bake the bread for roughly 30 minutes until the loaf is golden brown.

When turned over, it sounds hollow when knocked on.

Remove bread and place it on a cooling rack, and allow it to cool to room temperature before slicing into the bread. 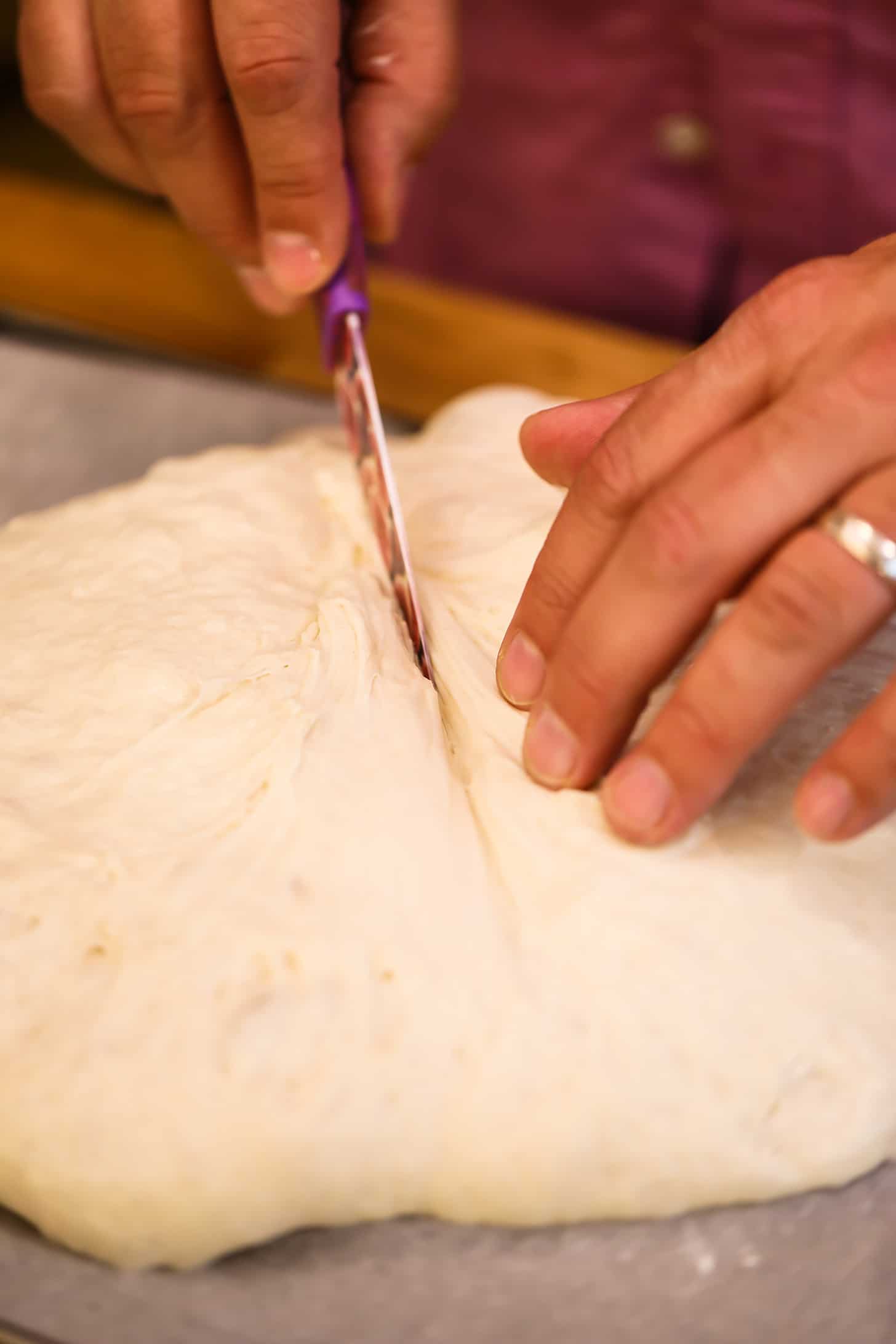 Bread Types From Around the World for Inspiration

Marquette bread from Chile is fluffy on the inside, crunchy on the outside, and shaped to split into four easily.

Libba bread made by Egyptian tribesmen and cooked directly on the embers of a fire.

Pupusas bread, the very popular corn flatbread baked in a griddle, with or without fillings.

Injera bread found in Ethiopia, made from Teff and doubles as a plate, and is a great vehicle for the sauce heavy cuisine.

Damper bread, found in Australia, is a simple loaf either using self rising flour or baking soda, and cooked between hot coals.

Pão de queijo bread from Brazil is a very popular cheese bread with the root vegetable cassava at its base.

Bolani from Afghanistan is baked quickly on a very hot surface on the internal side of a special oven.

Luchi bread from Bangladesh is a fried flatbread that puffs up, and is very popular street food.

“A loaf of bread, a jug of wine, and thou.” —Omar Khayyam

Paratha, is a very well known Indian flatbread that is fried, and comes with or without a filling.

Sangak bread from Iran is a flatbread bread commonly eaten at breakfast, and good for rolling foods into.

Ciabatta is an Italian bread that is baked to be crunchy on the outside with lots of holes on the inside for sopping up sauces.

Pumpernickel bread is the ubiquitous German loaf, typically with a heavy characteristic, with a slightly sweet rye flavor.

Dökkt Rúgbrauõ is a dark rye bread that comes from Iceland, traditionally baked or steamed by burying near a hot spring.

Taboon flatbread originated in Palestine, and is traditionally baked over hot stones giving it a unique look.

Tijgerbrood or Tiger Bread from the Netherlands comes with an extremely crunchy exterior with a mottled look.

Lefse bread from Norway is a potato flatbread cooked on a griddle and enjoyed during the holidays.

Roti canai is a Malaysian flatbread with its roots in India, used to sop up the lovely curries and dips.

Fry Bread is the Native American bread made from lard, flour and sugar then fried, giving it its name.

“How can a nation be great if its bread tastes like Kleenex?”
—Julia Child

Rēwena parāoa is a sourdough bread from New Zealand using a fermented potato starter for its leavening.

Broa de milho a peasant bread from Portugal made from corn and buckwheat making a traditionally gluten free loaf.

Appam bread is made from a mix of fermented rice flour and coconut milk, which comes from Sri Lanka.

Limpa bread or Vörtbröd originates from Sweden, sweetened with molasses and brown sugar.

Balep korkun bread is from Tibet, and made with tsampa which is derived from barley, and fried in a griddle.

Arepas bread is a cornbread that originated in the northern area of South America, and is a staple of Venezualen cuisine.

Pita bread is a flatbread that originated in what is today the Middle East, characterized by the pocket formed in the middle.

English muffins are a type of bread invented in the US by a British expat trying to create a bread similar to the English crumpet.

Melonpan is a Japanese sweetbread, made from an enriched dough covered with a layer of cookie dough.

Pane carasau bread from Sardinia in Italy is made thin as a razor, giving it a crunchy texture.

“Two things only the people desire: bread, and the circus games.”
—Juvenal

Karavai bread from Russia is nothing sort of a work of art and enjoyed during weddings and holidays.

Khobz kesra, the traditional bread from Morocco, are rounded loaves, with a hard crust and coarse interior.

Podplomyk bread is an unleavened flatbread from Poland, and comes in thin sheets making it perfect to wrap food in.

Maltese Bread is a sourdough that is usually baked in wood fired ovens, giving it its traditional crispy crust.

Kare pan is a popular Japanese bread that consists of curry wrapped in dough then covered in breadcrumbs and finally deep fried.

Tortillas from Mexico are made with the simplest ingredients and come in corn or flour versions.

Soda Bread is again a simple loaf originating in Ireland, and made with baking soda as the leavening agent.

Roti gambang is an Indonesian sweet bread typically made with palm sugar and cinnamon, usually enjoyed with a cup of tea.

Pai bao bread originated in Hong Kong, with its unique characteristics of including cooked flour and water in the dough to create a moist loaf.

Bammy bread bread from Jamaica is a gluten free food made from  the cassava root and tastes more like a vegetable than it does bread.

Shaobing is an unleavened, layered, flaky flatbread from Northern China, that is filled with a variety of fillings and rolled before cooking.

“Good bread is the most fundamentally satisfying of all foods; and good bread with fresh butter, the greatest of feasts.” – James Beard 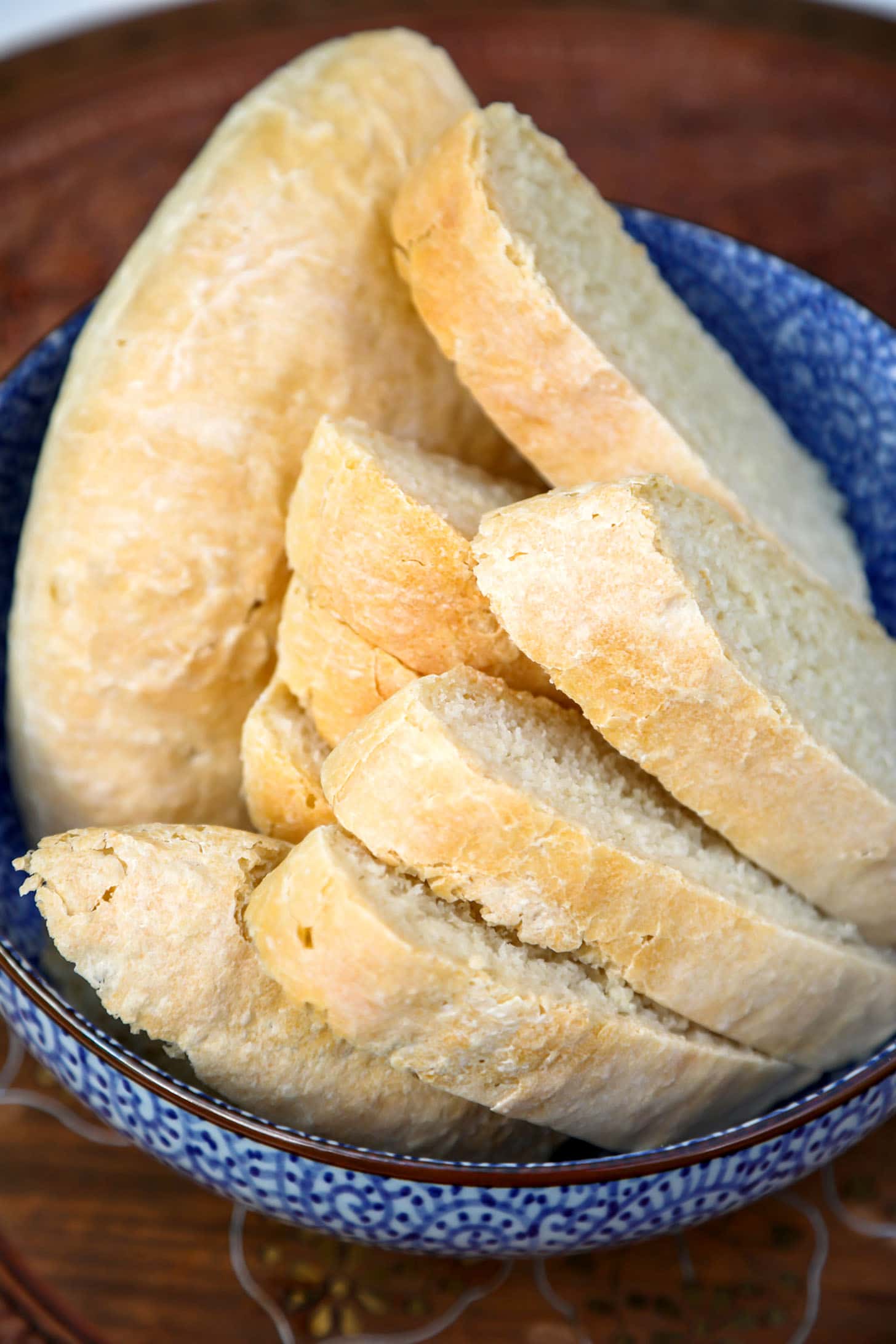 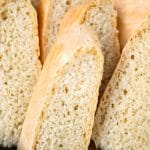 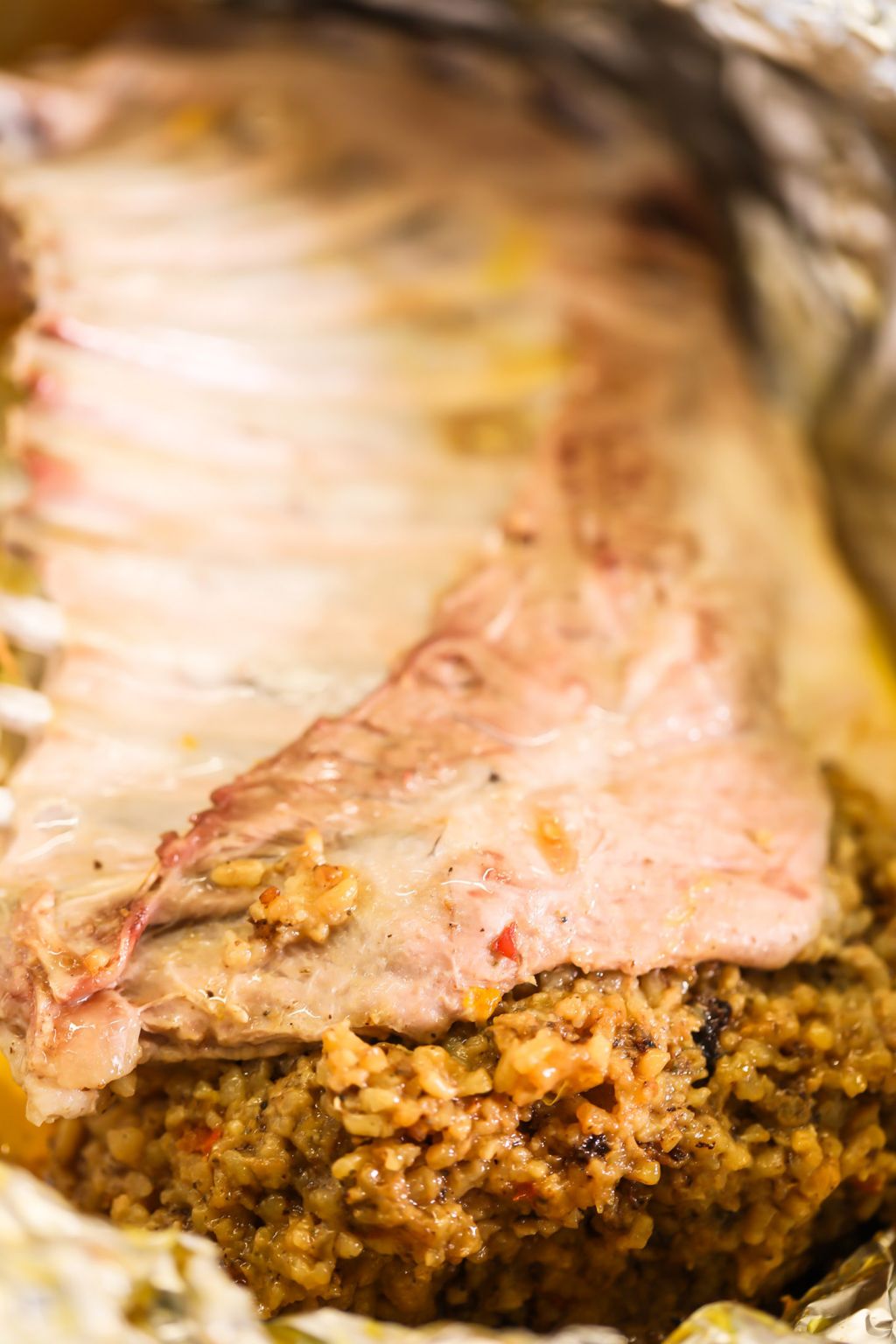