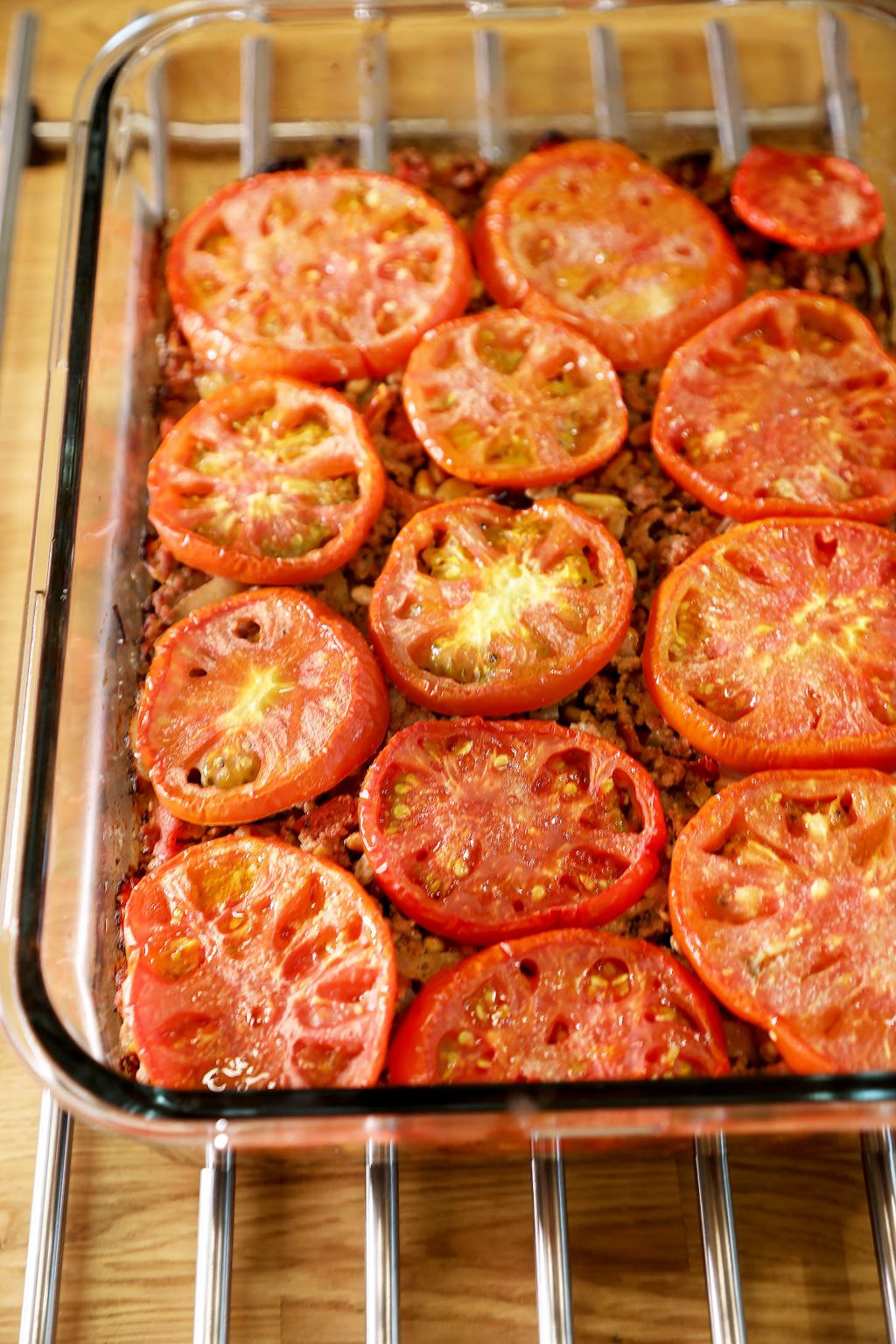 It is very hard to beat this dish of eggplant bake, especially if you love eggplant like I do.

This is a lovely layered dish that is full of flavor, and the king of baked eggplant recipes in my opinion.

From the delightful taste of baked eggplant to the wonderfully spiced ground lamb.

All brought together with tomato to create a wonderful combination of ingredients.

Eggplant is a very popular food in the Arab countries of the Middle East.

Originating in India, it was the Arab traders who first brought the eggplant to Europe.

Getting its name from the white variety of the fruit, the eggplant is very hardy in warm climates.

This very versatile fruit can be fried, baked, boiled or broiled for a wonderful taste.

Middle Eastern style baked eggplant is a casserole type dish that is often served with rice.

A perfect combination of ground lamb, onions, tomatoes and eggplant, known as moutabaka in Arabic.

Gently spiced and cooked altogether for a fantastic blend of ingredients, that is absolutely delicious..

Some people will even finish it with a sprinkle of parmesan cheese.

The most common spices used in this dish are cinnamon, coriander, and garlic powder.

This dish, unlike its Italian counterpart, does not utilize a bread crumb batter for the eggplant.

The eggplant is simply cooked in olive oil on a baking sheet for best results.

And this version uses fresh tomatoes instead of a marinara sauce.

So you can see the similarities with ingredients but without the Italian seasoning.

This is an all gluten free recipe, and the eggplant slices can be done in an air fryer for additional health benefits.

How to Make Eggplant Bake

There are several ways to cook the roasted eggplant portion of this dish.

It is a personal preference whether you fry it in oil, bake or grill it.

Either way cut the eggplant into circles about half an inch thick.

I personally start by brushing the eggplant slices in olive oil and placing them on a tray lined with parchment paper.

I will bake the eggplant for about 30 minutes in a baking dish until done, turning once.

If you do fry them be sure to place them on paper towels after frying to remove excess oil.

In a separate cooking pot saute the onions and garlic until they are soft and translucent.

Add the ground lamb plus the spices, pepper flakes, black pepper and salt, cook for about 15 minutes.

Toast the pine nuts in a small pan with or without oil.

Add the pine nuts to the meat mixture and stir well.

Layer the ingredients in a 13X9 baking tray or dish starting with the cooked eggplant.

Cover with the meat mixture, and finally with a layer of fresh tomatoes.

Remove and sprinkle the tomato topping with a few splashes of olive oil, then return to the oven for five more minutes.

Sprinkle the top with salt and pepper for a zestier flavor.

Eggplant, aubergine, or brinjal is a member of the Solanaceae or nightshade family and is grown worldwide for its edible fruit.

This family also includes the tomato, potato, and peppers as part of its kin.

Eggplant is a delicate, tender and heat loving plant with thick, woody stems.

It has a purple color, usually glossy, and egg shaped most of the time.

The flowers have a white to purple color.

Although eggplant is a perennial, it is more commonly grown as an annual in temperate climates.

Eggplant is botanically categorized as a berry.

How can people say they don’t eat eggplant when God loves the color and the French love the name? I don’t under’stand.

It contains many small and edible seeds that taste sour, because they contain or are covered in nicotinoid alkaloids, similar to tobacco.

Eggplant originates from India, where it continues to grow wild.

It has been cultivated throughout India and China for more than 1500 years.

Eggplant was introduced to Europe by Arabs traders, when the trade routes opened.

It’s said that Arabs introduced it to Spain as early as the 8th century.

In the 12th century, a book by Ibn Al-Awwam, a Muslim Arab agriculturist, described how to grow eggplant.

When it was initially introduced into the Arab world, it was met with distrust, since it was believed that eggplant caused health issues such as epilepsy.

Overtime, it was generally accepted and integrated into Arab cuisine, and became a popular ingredient in the Arab world.

Currently there are over 150 dishes that originate from the Middle East that use eggplant as a key ingredient.

Can I Make this Dish Using Different Meat?

Yes, you definitely can substitute other meat when making this dish.

You can use beef, ground chicken or turkey in the place of lamb.

If using poultry you will most likely need to add a bit of liquid given the lower fat content.

Don’t over bake to ensure that the food does not get dried out.

Make sure the eggplant is fully cooked for best results.

Allow the ingredients to sit for 20 minutes before baking to allow the flavors to mix together.

Make it as a side dish.

Do I Need to Prepare my Eggplant for Baking

There used to be a time when eggplant had a bit of a bitter aftertaste to it.

The remedy for this before baking was to slice the eggplant into slices and sprinkle them with salt.

This would leach the bitter liquid out of the eggplant by collecting the moisture on the top of the slices.

This liquid was then patted dry using paper towels and then the eggplant was cooked.

Eggplant nowadays has been bred and grown to be less bitter.

Therefore it is very rare if ever that we need to employ this technique to remove bitterness.

This dish reminds me of Eid al Adha, or the feast of sacrifice.

This is the holiday commemorating Abraham’s willingness to sacrifice his son as an act of obedience to God.

Of course God did not allow this sacrifice of his son, and had him sacrifice a sheep instead.

As a very young person I lived in Jerusalem and spent many days at my grandparent’s home.

Besides the dogs and cats, they kept chickens, pigeons, rabbits, a gazelle and at one point a cow.

And before the feast they would get a young lamb, which they would let graze in the yard.

The first time I saw this happen I was delighted that we had a new pet to play with.

What I didn’t realize the first year, and nor did the sheep, was that he was the feast!

My uncle who is a surgeon would get the job of slaughtering the fattened sheep.

The whole sheep was used in its entirety with part of it being ground for making the baked eggplant.

There was a time when we were more in contact with our food.

And we were much more aware of where it came from.

If we wanted meat, we had to butcher it ourselves.

And I think we were more thankful for what we did get on our plates.

I wonder how many people would still butcher their own meat if it was the only option.

I know I would have a hard time slaughtering my own food, yet I enjoy eating meat.

Certainly the convenience of picking up what I want from the grocery store packaged and ready to go is a plus.

If you are a fan of eggplant then you will certainly love this dish with its rich meatiness.

The good thing is that these days you can get your ground lamb at the butcher. 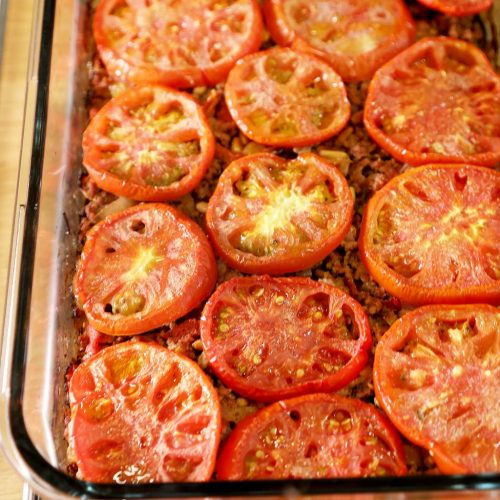 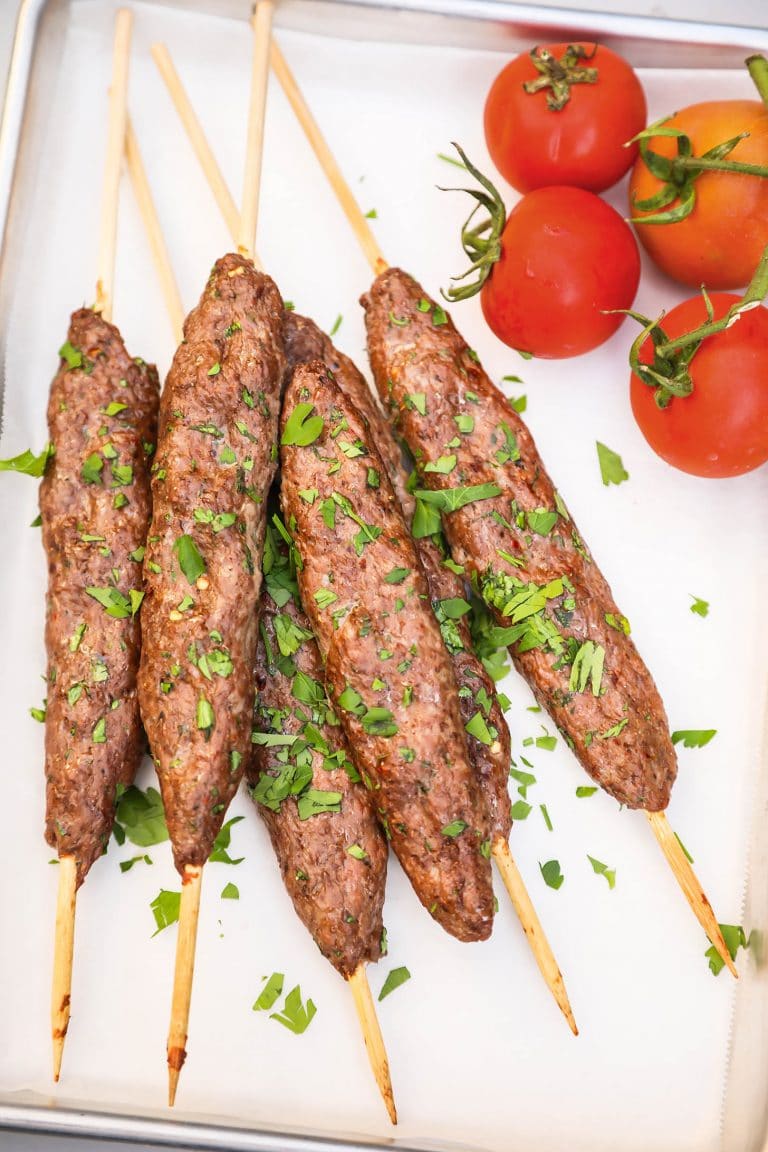 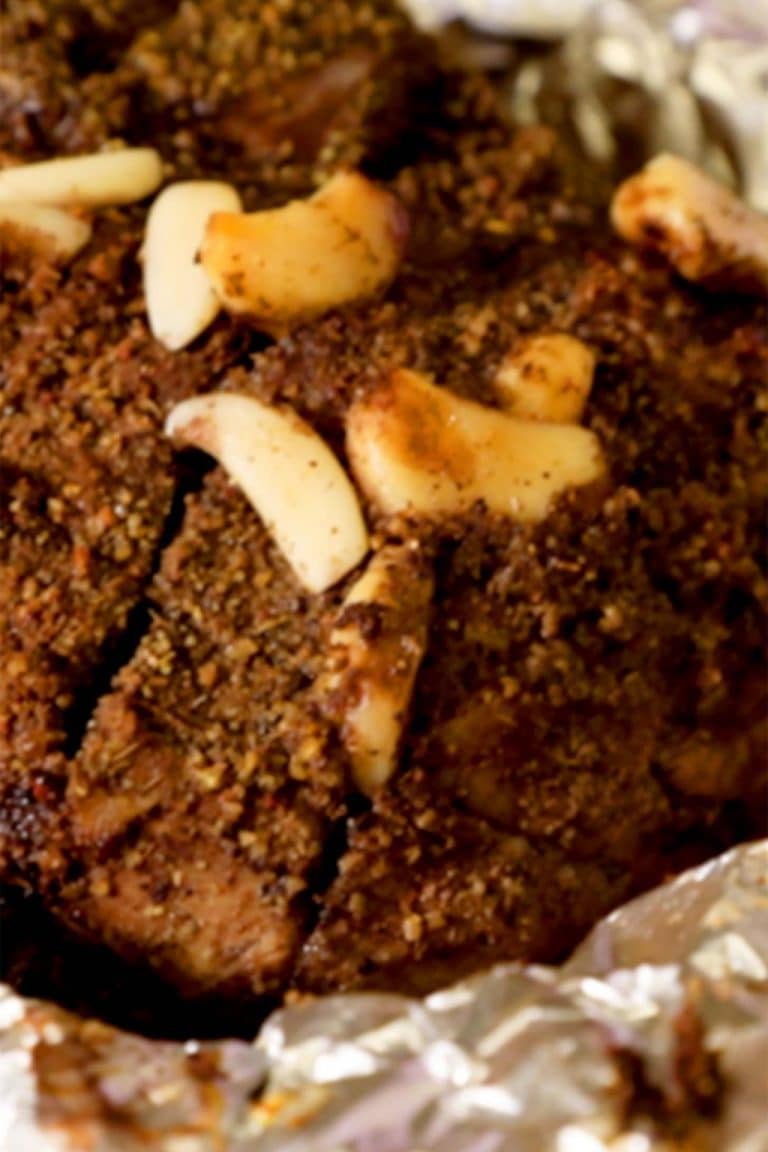 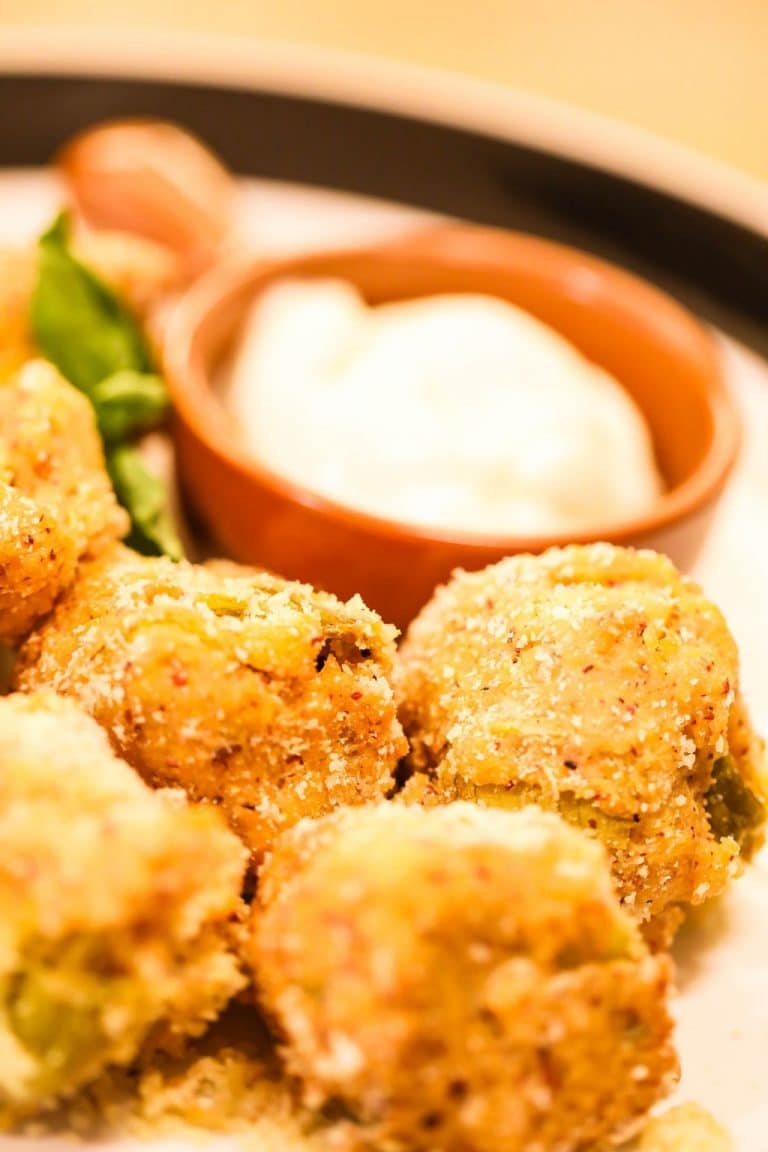 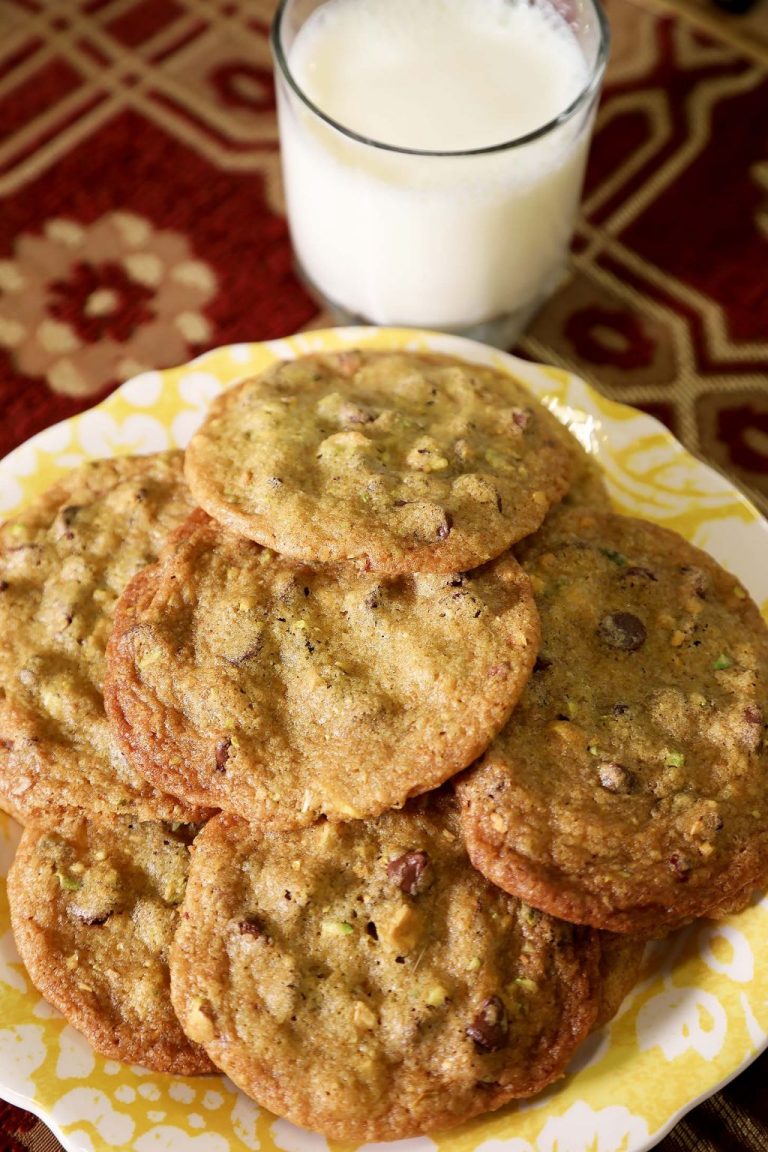 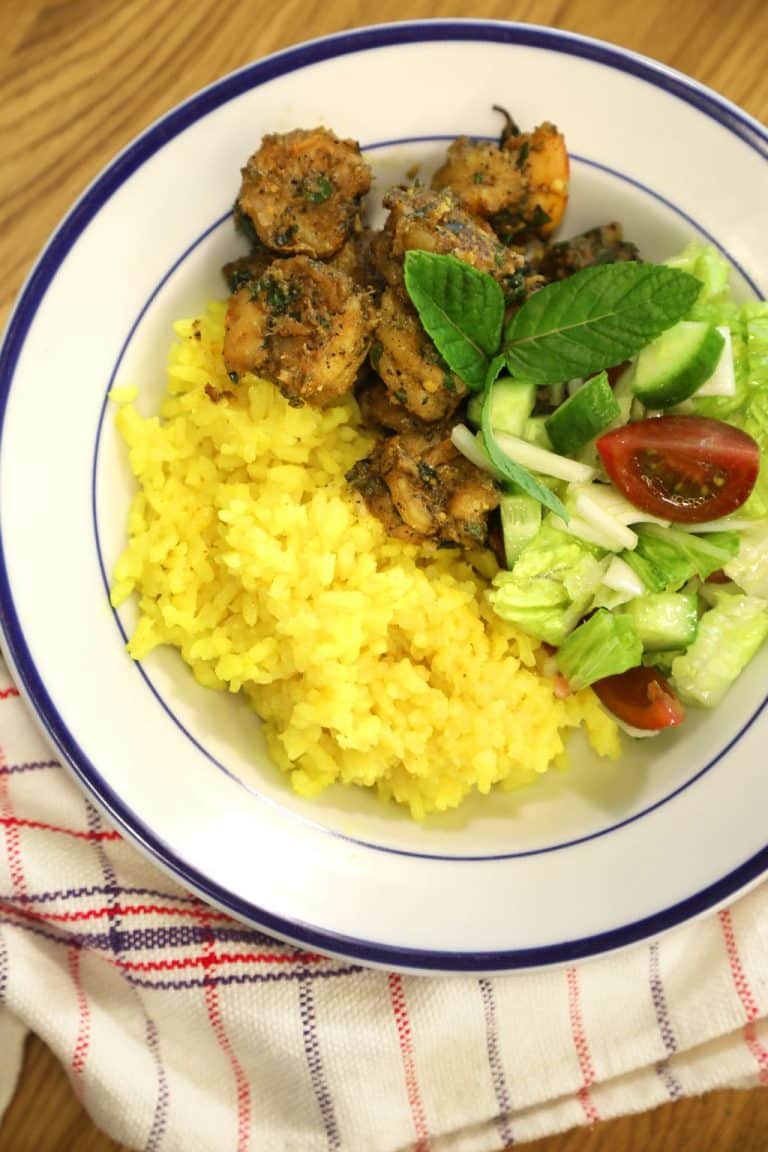