I was fortunate enough to have a mother who liked to cook when I was growing up.

Although she did go through her experimental stages which was not always pleasant for us kids.

Rice dishes with grapes and raisins, or fried daylilies comes to mind.

But we persisted as we knew we would get lots of yummy treats of cookies and cakes as well.

I do remember the batch of hard as rock doughnuts that once came out of the kitchen to our great disappointment.

But my mother was undeterred in her experimentation and more often than not we were grateful for that.

I can still smell the delightful smell of cinnamon wafting in the kitchen as my mother baked the cinnamon rolls.

I also remember my mom peeling apples to make apple pie and Iused to keep her company in the kitchen.

I would love to eat the peeling as they came of the apple being peeled.

A pretty healthy snack for a little kid now that I think about it.

I think we generally had some healthy stuff to east growing up, especially things that were homemade.

What are Sourdough Cinnamon Rolls? 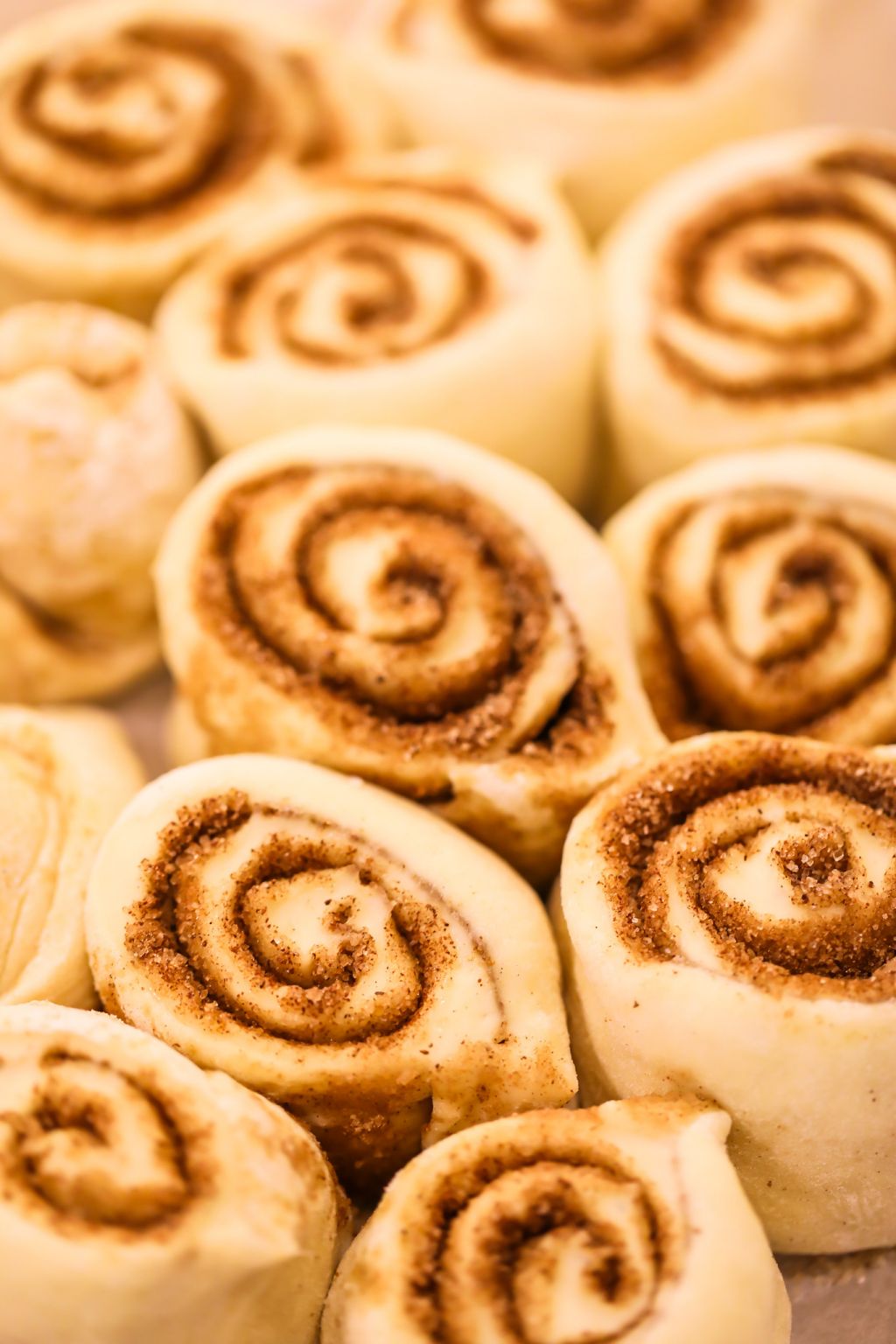 Sourdough is a dough that is made without using any added commercial yeast.

It relies on a sourdough starter for its leavening.

Sweet rolls are a sweet bread flavored with butter cinnamon and sugar and sometimes raisins.

Once the dough is ready it is rolled out into a rectangular shape and brushed with the filling.

It is rolled and cut into rounds, baked and finally topped with a sweet frosting, sometimes with chopped nuts.

How to Make Sourdough Cinnamon Rolls 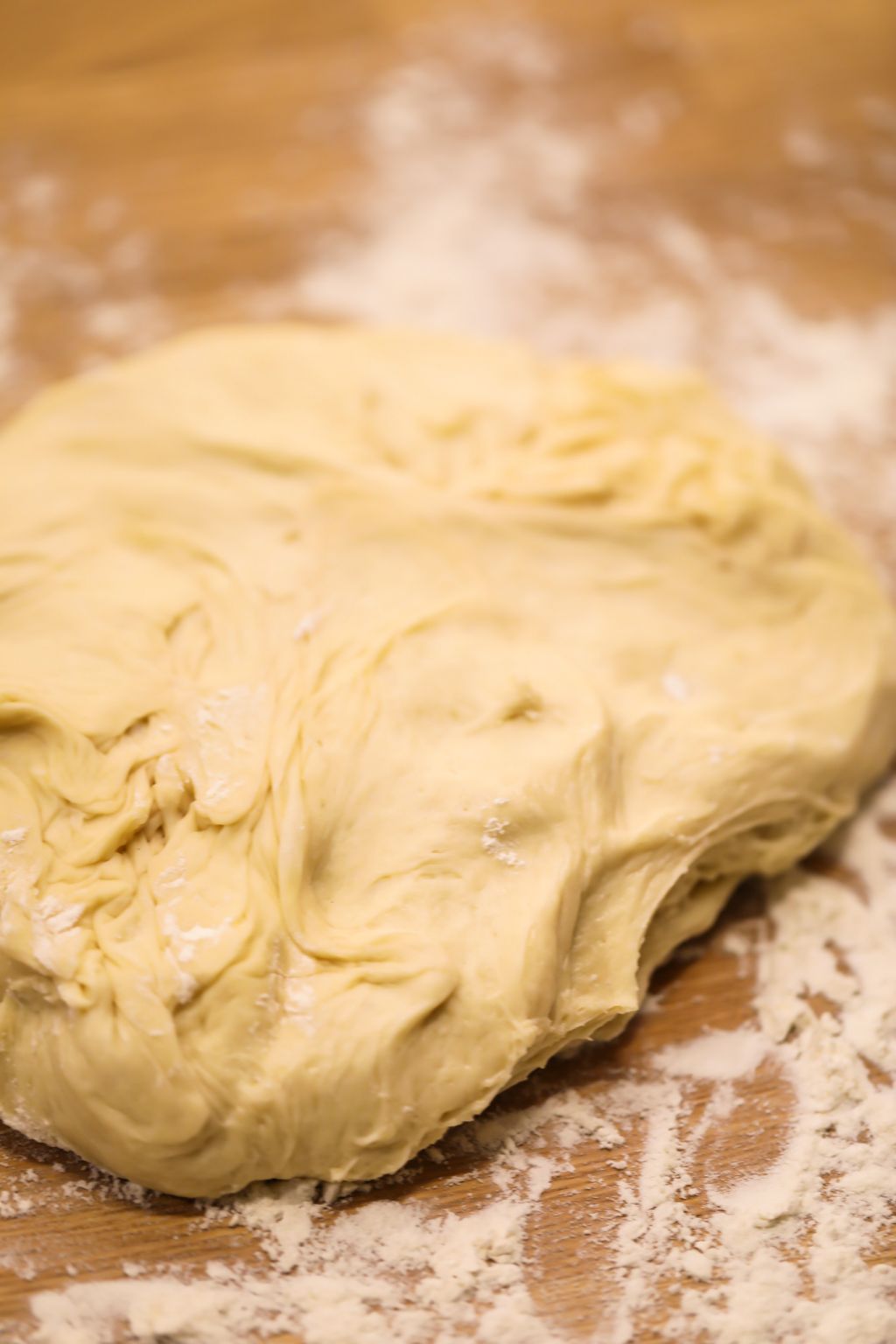 Put flour and salt into a medium bowl and set aside.

Add an egg, sourdough recipe starter, and sugar in a bowl of a stand mixer using the paddle attachment.

While the machine is running add warm milk and melted butter.

Once incorporated add the flour mixture and mix until a dough emerges.

Remove bowl and cover and allow to rest for 30 minutes.

Change paddle attachment to dough hook and knead the dough for 15 minutes.

Next morning roll out dough in rectangular shape, brush with butter and sprinkle with sugar and cinnamon filling.

Starting at the long side of the dough, roll the dough tightly to create a rolled up dough log.

Cut the log into 1½ inch rounds and place snuggly together in a 9X12 baking tray with high sides.

Set aside to allow cinnamon rolls also known as cinnamon buns to rise.

Once rolls have generously risen, put them in the oven and bake for about 45 minutes or until golden brown.

Make the frosting while the cinnamon rolls are in the oven, by mixing powdered sugar, butter, vanilla, and milk. 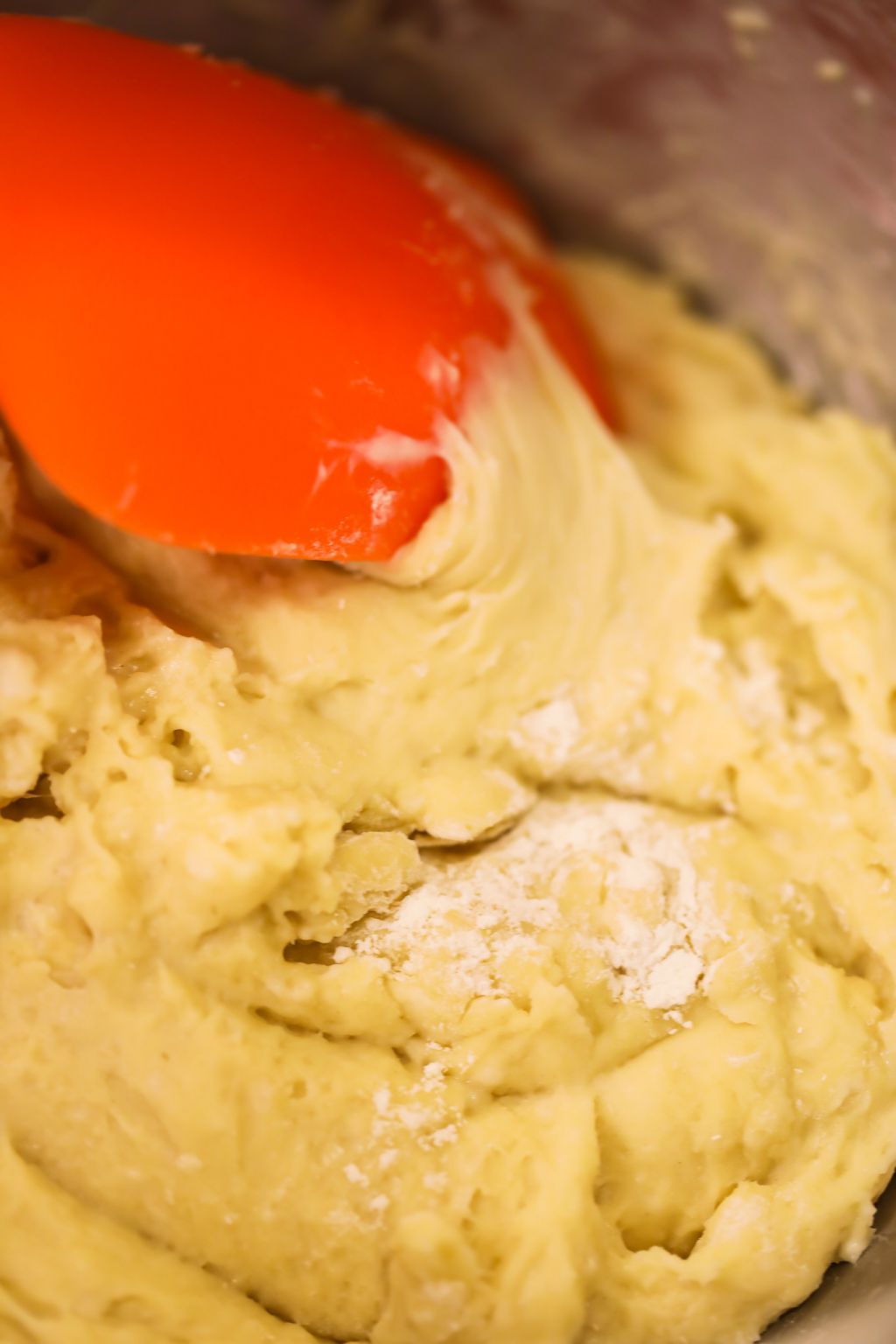 For this cinnamon roll recipe you will need a sourdough starter.

Making a sourdough starter is at least a five day process, where you create the conditions for natural yeast to activate.

Once you have a starter you will keep it in the fridge and feed it on a daily basis.

Since the yeast feeds on the flour, you will have to replenish its food supply every day.

Some people do this twice a day, but they are usually sourdough fanatics!

Mix a cup of whole wheat flour with half a cup of water at room temperature.

Ideally put it into a quart size glass container, cover loosely, and leave on the counter at room temperature for 24 hour.

Remove all but four ounces of the starter from its container.

Add one cup of unbleached all purpose flour along with half a cup of water to the 4 ounces of starter.

Stir until all the flour is absorbed.

Cover loosely and allow to sit at room temperature for another 24 hours.

You should start to see some changes to your starter in the form of little bubbles, and a very distinct aroma.

You will see that your starter has started to stretch and grow.

Once again weigh out 4 ounces of the starter and throw away the rest.

Add one cup of all purpose flour and half a cup of water to the starter and mix until all the flour is absorbed.

Cover loosely and leave at room temperature for 12 hours.

Time to feed twice a day. Just as before, remove all but four ounces of the starter and discard the excess.

Add 1 cup of all purpose flour and half a cup of water to the remaining starter and mix until all the flour is absorbed.

Cover and leave at room temperature for 12 hours.

Remove 4 ounces of starter and discard the rest.

Add 4 ounces of starter to 1 cup all purpose flour and half cup water and repeat the process as above.

Repeat the feeding as above.

By the end of day five you should see a lot of changes to your starter with a lot of evidence of bubbling and expanding.

Feed one more time by discarding all but 4 ounces of the starter, and adding 1 cup of flour and half a cup of water.

Mix until all the flour is absorbed. 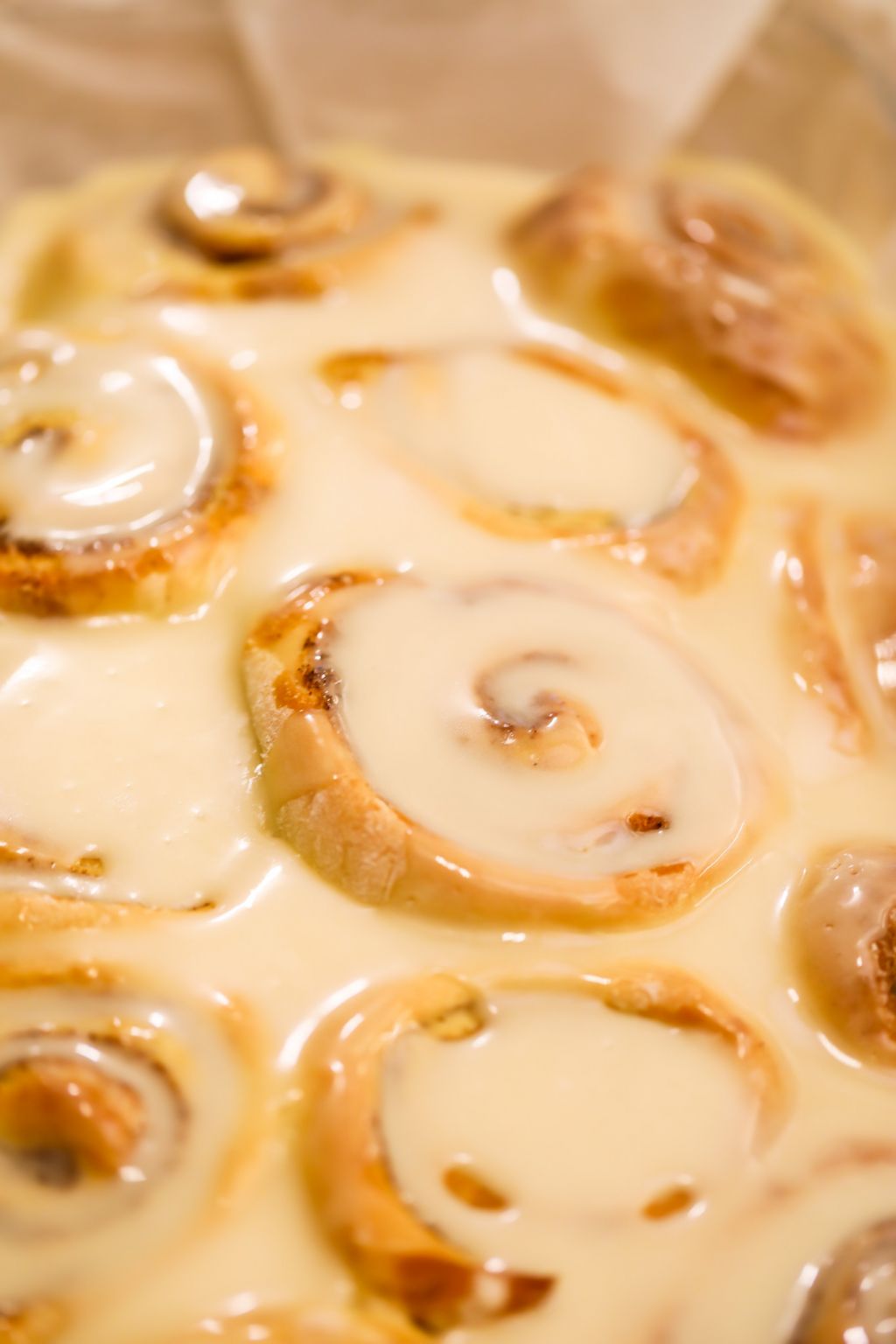 This topping for cinnamon rolls can be made several ways.

There are icings that are made with cream cheese, powdered sugar, milk and chopped berries.

There are some simple ones that are just milk, powdered sugar, butter, and vanilla.

Or one of my favorites is to make a salted caramel and use that as frosting, with toasted pecans. 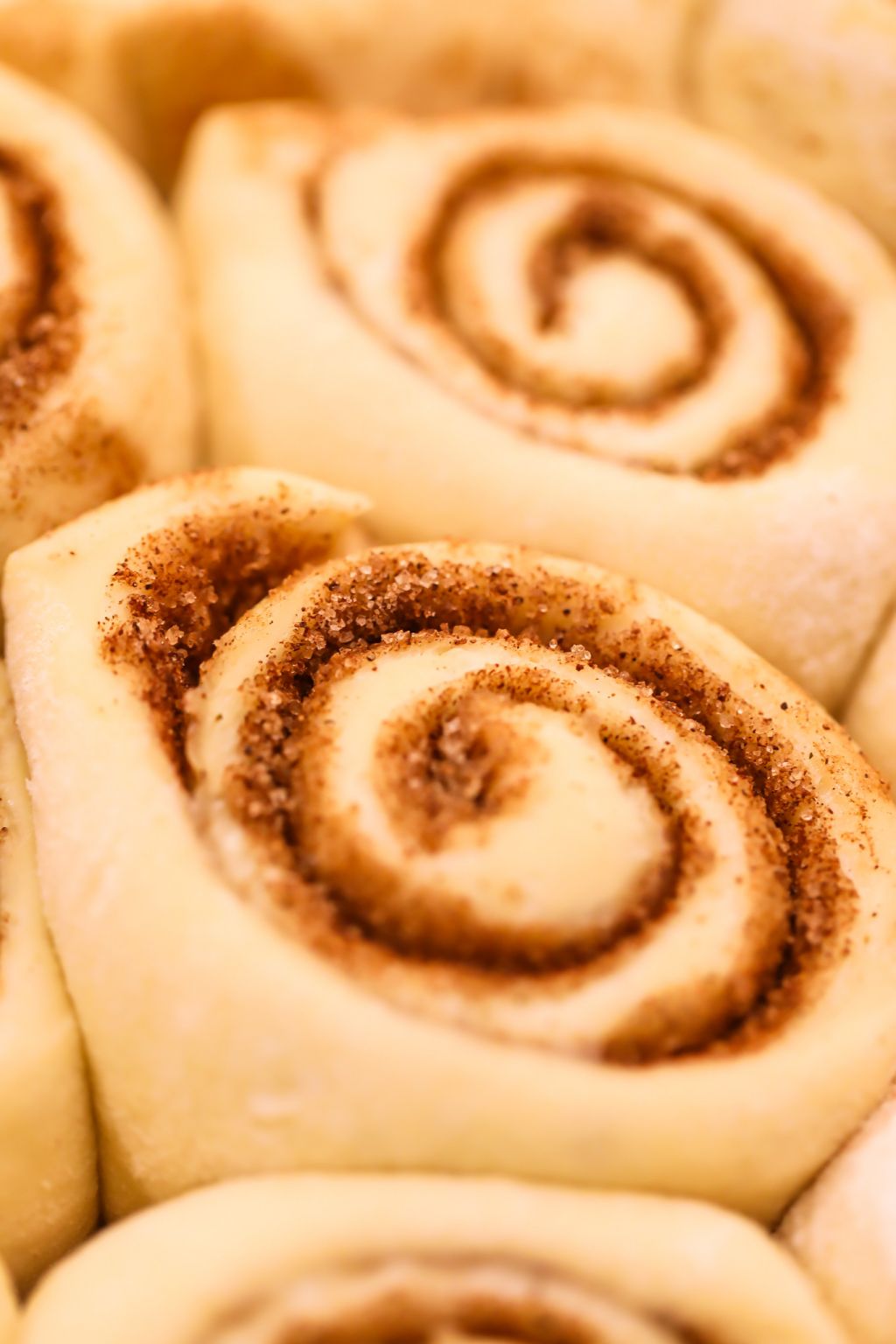 For a variation you can use brown sugar instead which will give it a deeper flavor.

You can include roasted nuts, fruit, jam, or even Nutella spread.

Be creative, try new things as often as possible is one of my mottos. 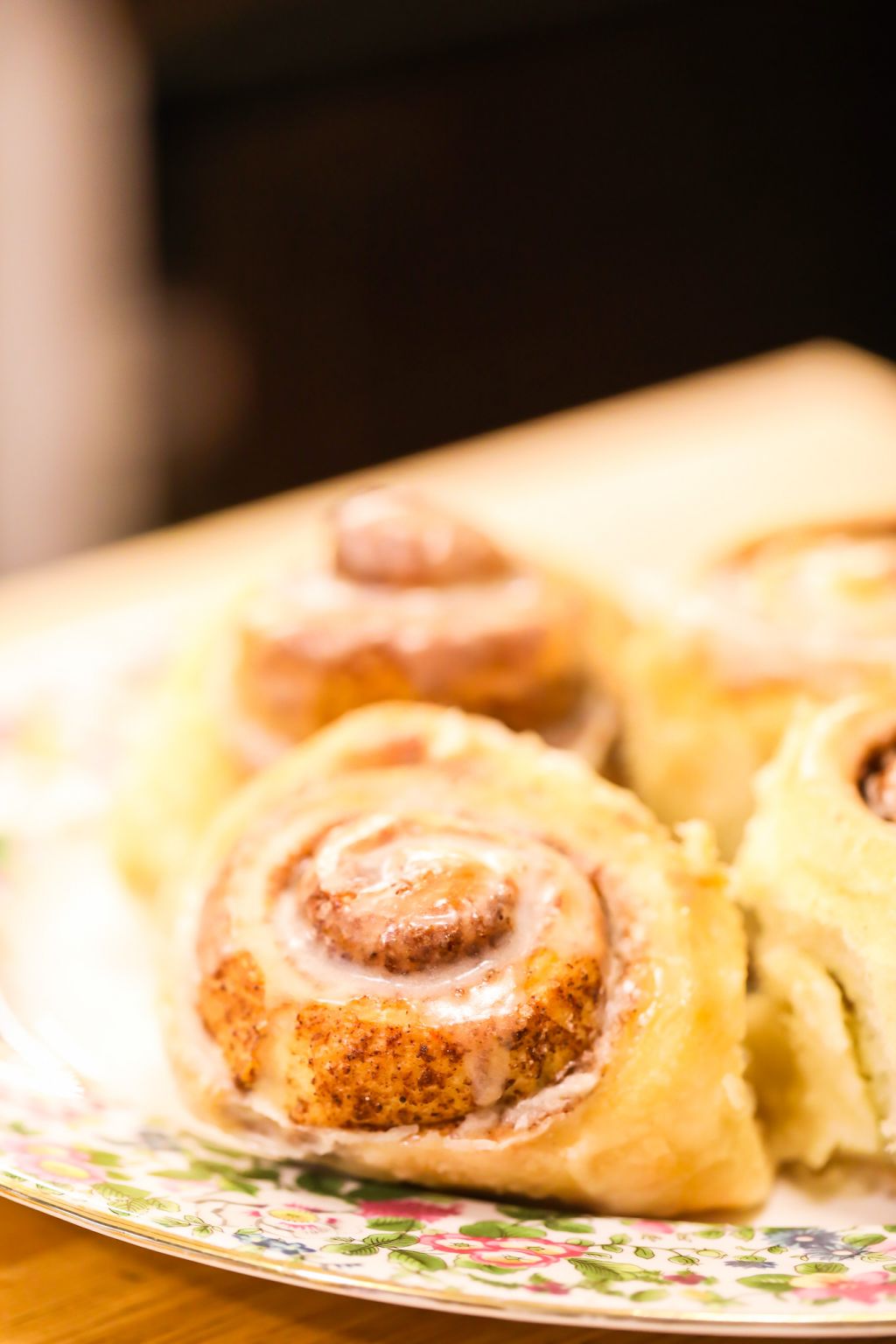 The biggest tip I have to share is that you should not rush this recipe.

When working with sourdough a lot will depend on your starter and how robust it is.

This means that it can take a while for things to rise, so patience is required.

Roll your dough up tightly so it doesn’t come apart and be loose when cut.

Spices, nuts, seeds…dukkah is a little bit of all of that in one bite, that was first invented, and mixed by the Ancient Egyptians.