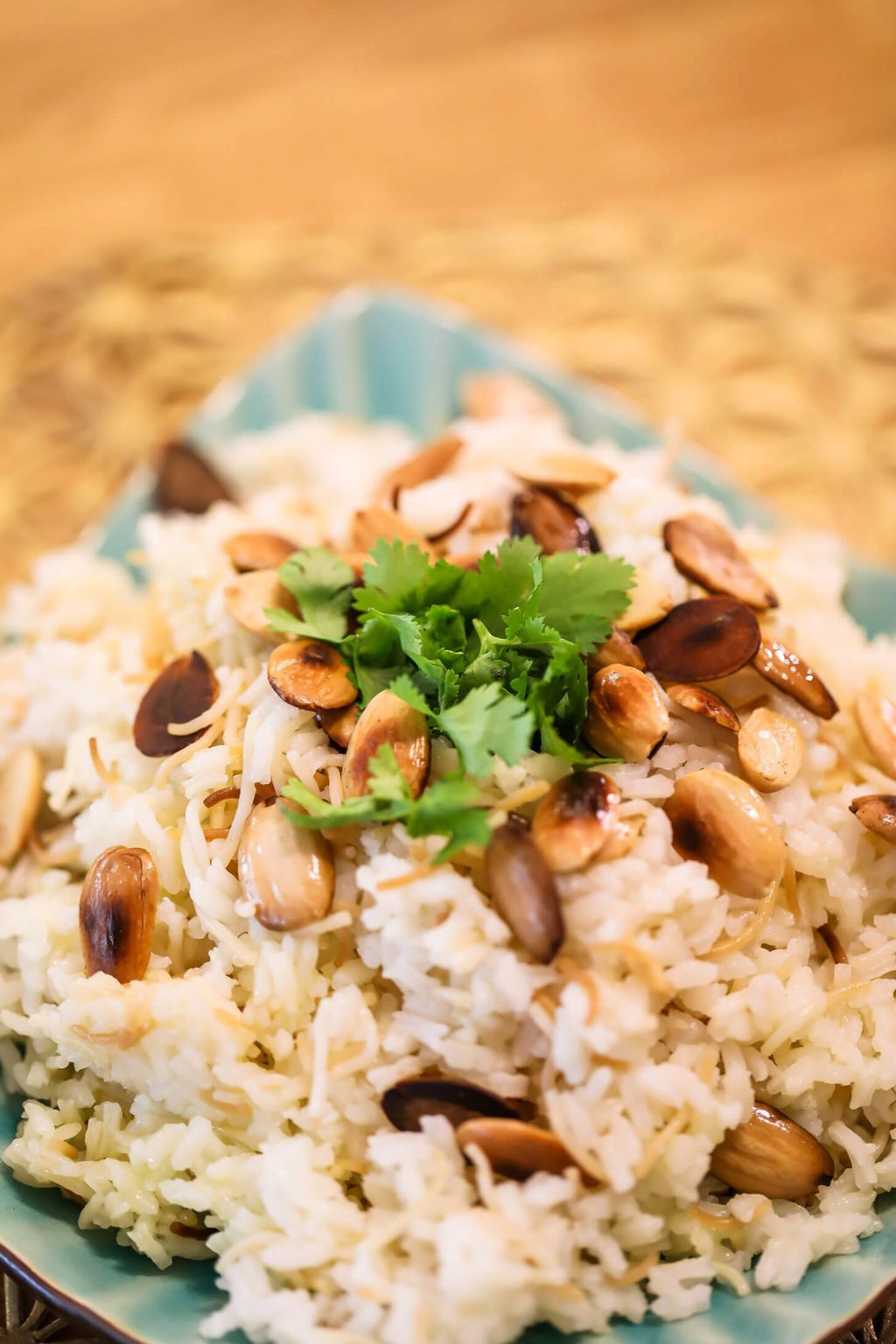 This is one of my favorite ways to prepare my rice.

I especially love the combination of the rice and roasted nuts.

In the Arab world vermicelli is popular, and is found in soups, stews and other rice pilaf dishes.

Vermicelli is a great way to introduce pasta to your food without overpowering it with pasta.

In stews it absorbs the liquid, and adds another dimension to the dish, for a relatively low price.

Pasta and rice go very well together and enhance the flavors of each other.

Rice dishes like this are often served in Lebanese restaurants, sprinkled with toasted pine nuts.

Having spent many years of my youth in the Middle East, rice is very much of a go to side dish for me.

The other one is bread, meals just don’t seem complete without these two essential foods.

Rice is the oldest known food that we still eat today, and well loved in the Arab world.

However, Asia grows and consumes 90% of the world’s rice, making it more popular there than in the Middle East.

Not only is it eaten in Asia, but it is also fermented and made into rice wine, and sake.

What is Lebanese Rice? 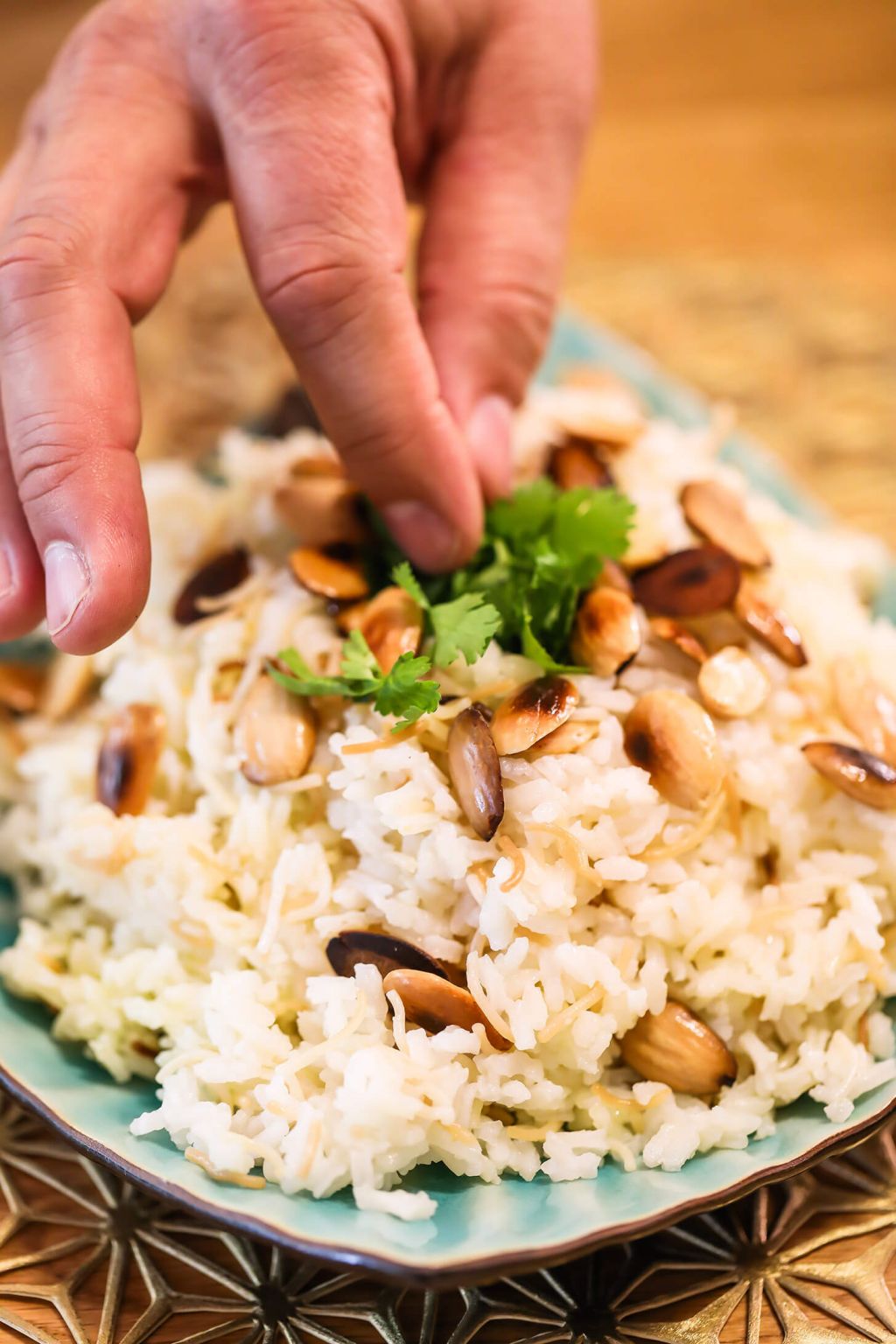 Lebanese rice is simply, short or medium grain rice cooked with vermicelli and toasted nuts sprinkled on the top.

It has become more popular to cook with basmati rice in the Middle East, and so you will see this rice used sometimes.

This type of rice dish is not unique to Lebanon and is actually common in the Arab world.

Rice was first cultivated in China and spread throughout the world due to traders traveling to China and back.

Eventually rice made it to the Middle East, and was even grown there for a time, and still is in Egypt.

The short grain rice that is cultivated in Egypt is one of my favorites and is known the world over as Egyptian rice.

But like many foods, it becomes known as something from somewhere and the name sticks.

There are versions of preparations of this rice that include some spicing and added ground lamb, that are most often used as a stuffing.

Rice in the Middle Eastern world is an important staple food included in almost every meal, and widely enjoyed.

The Arabs in North Africa introduced rice to Sicily that was then introduced into Italy where they grow some very fine rice to this day.

Other than at breakfast, you are very likely to encounter rice at any given meal time in Arab countries..

Even if other types of carbohydrates are being served, rice is sure to be on the table.

How to Make Lebanese Rice 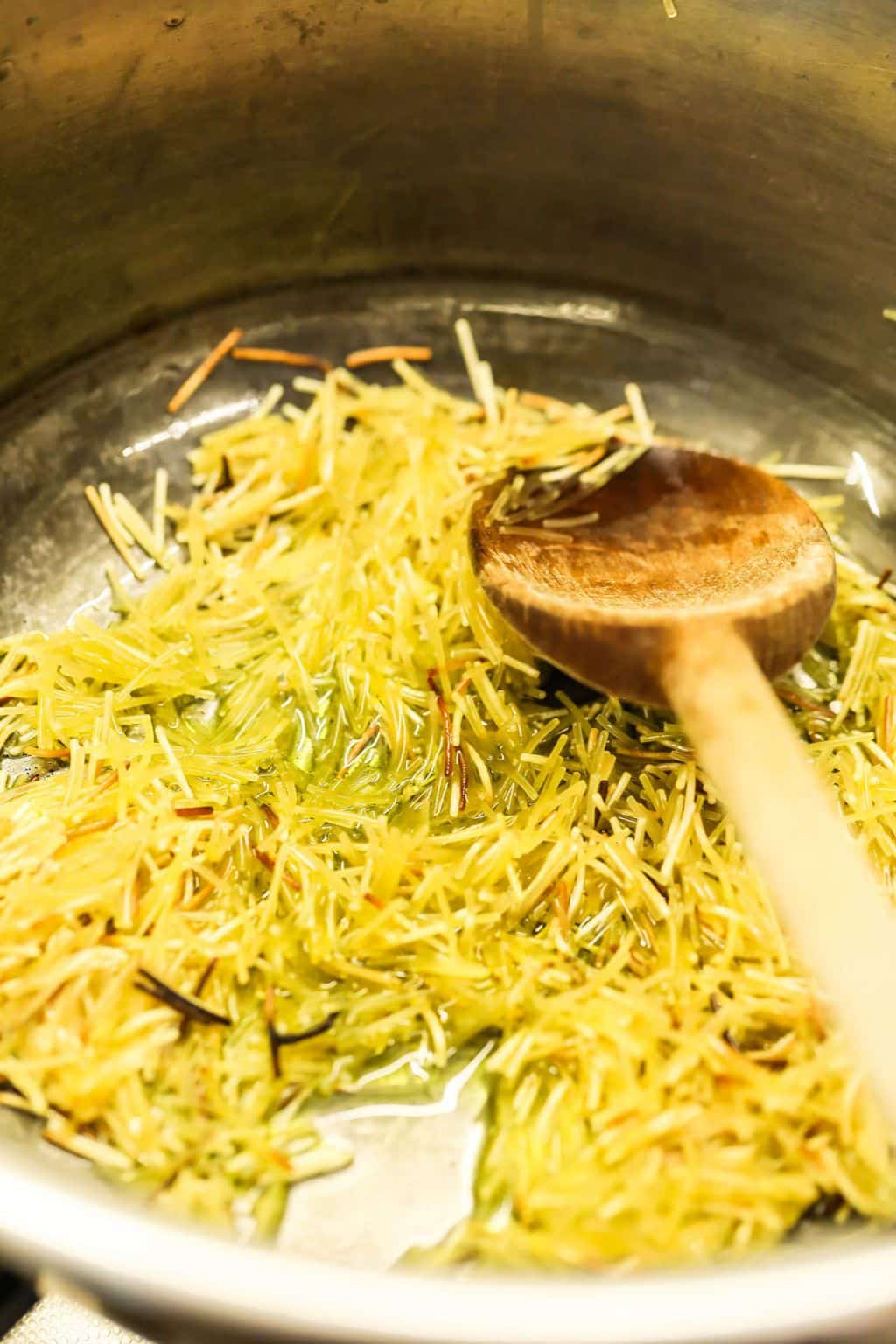 I like to start by soaking my rice for 15 minutes to remove excess starch.

I roast the almonds or pine nuts, or even both in a pan with a little oil.

Once they are browned, I remove them from the pan and set them aside.

In a cooking pot I add and heat olive oil, then I add the vermicelli pasta and stir to brown.

Once the vermicelli is brown add the rice and stir to coat the rice with olive oil before adding the water.

Season with salt, and stir to incorporate well. 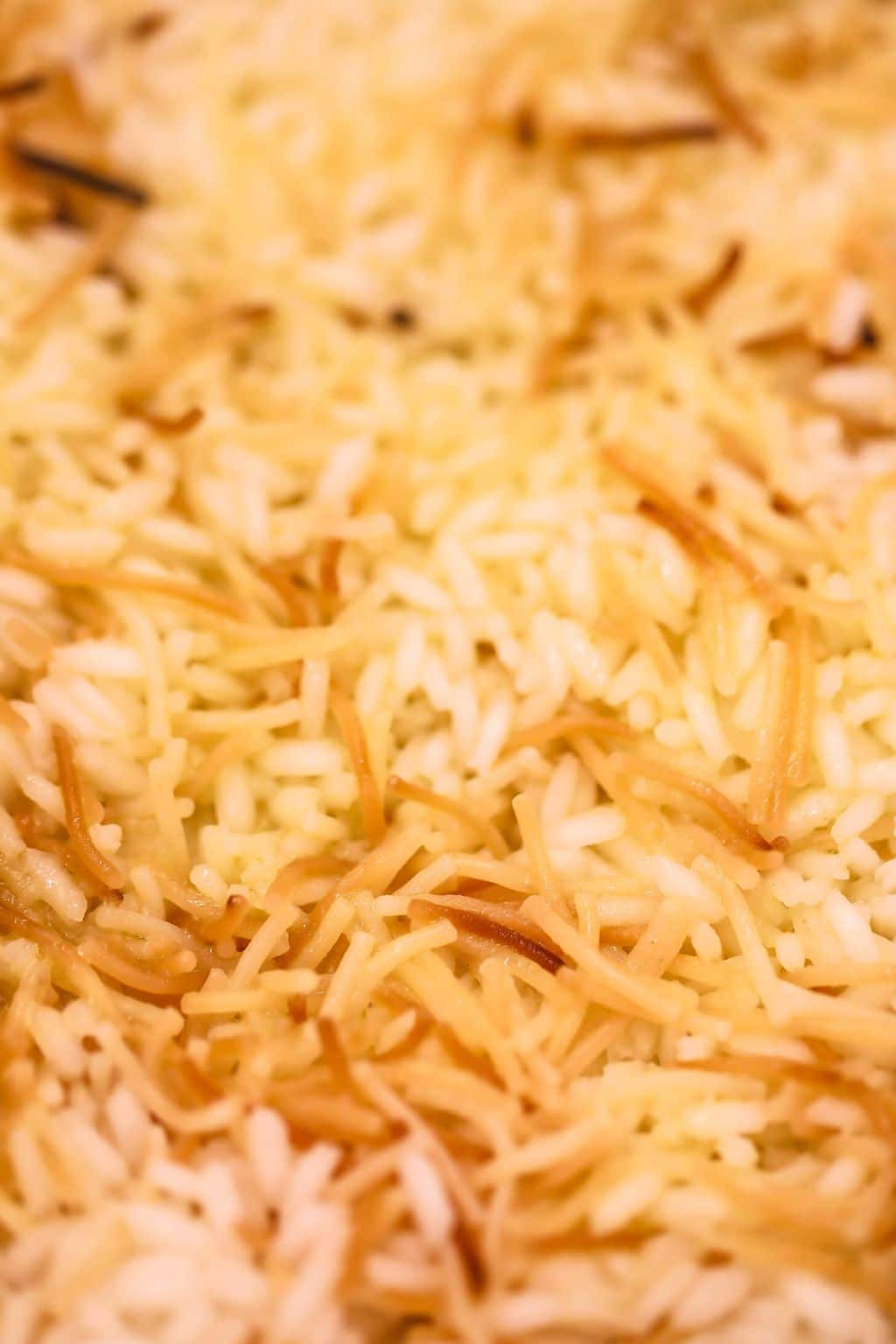 Over medium high heat add the water and bring to a boil.

As an optional step add some clarified butter and turn down to a low simmer.

Cover the pot leaving a gap for the steam to escape.

Careful the top does not seal the pot, because if it does the water will boil over.

Cook for 20 minutes, or until all the water has evaporated and the rice is fully cooked.

Sprinkle with the reserved toasted nuts and serve as an accompaniment to a main meal, or as a side dish.

What to Serve Lebanese Rice With 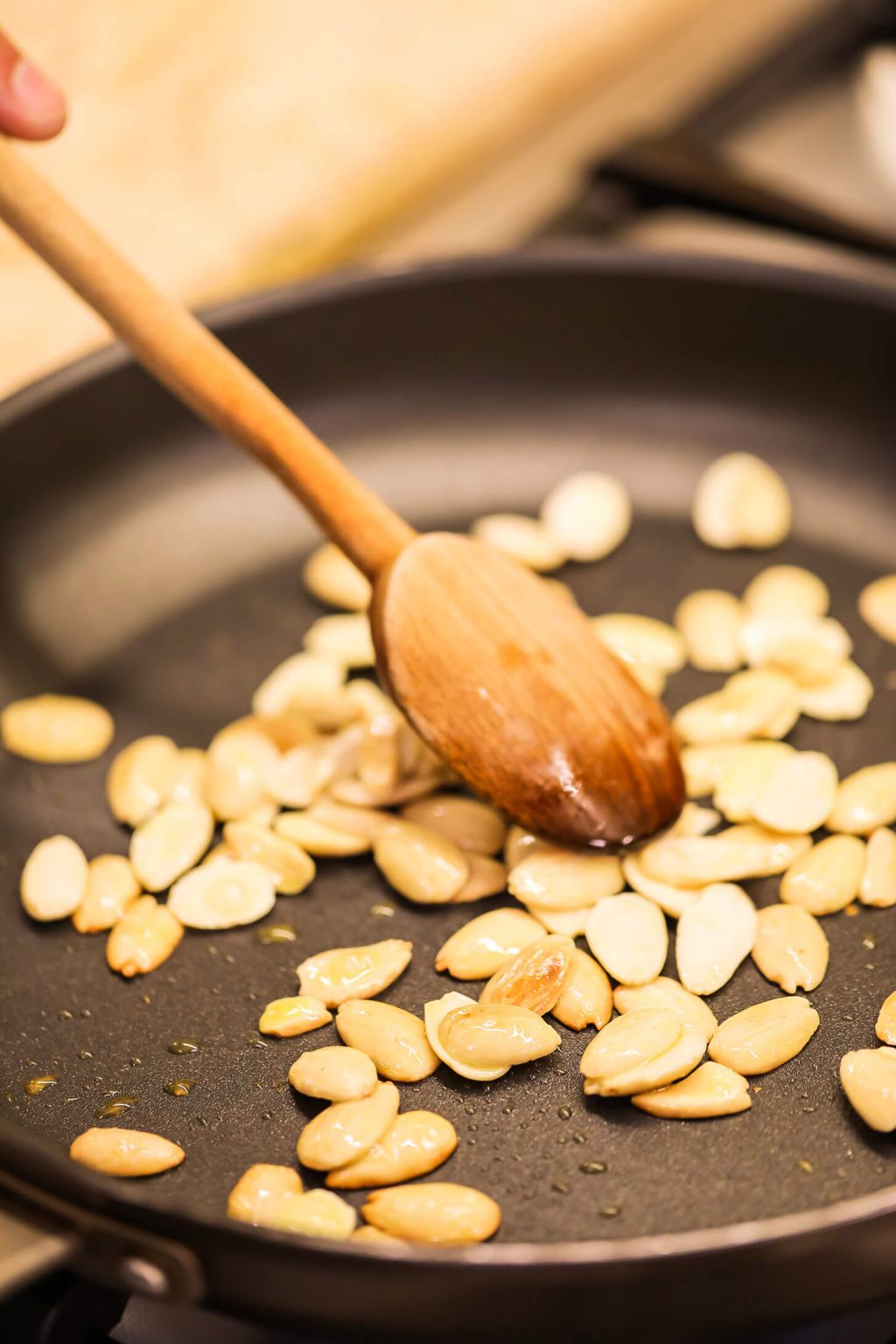 There are so many things that can be served with lebanese rice.

This kind of rice very often serves as a bed for kebabs, and grilled meats in place of bread.

There will be bread on the side of course, serving bread and rice is not an issue and happens often.

Other types of meals are things like molokhia, laban imo, meat and vegetable stews of all kinds, and even just eaten with plain yogurt.

Lebanese rice is also a great addition to baked chicken, a roasted leg of lamb, or ground beef. 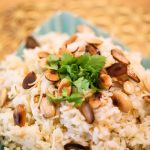 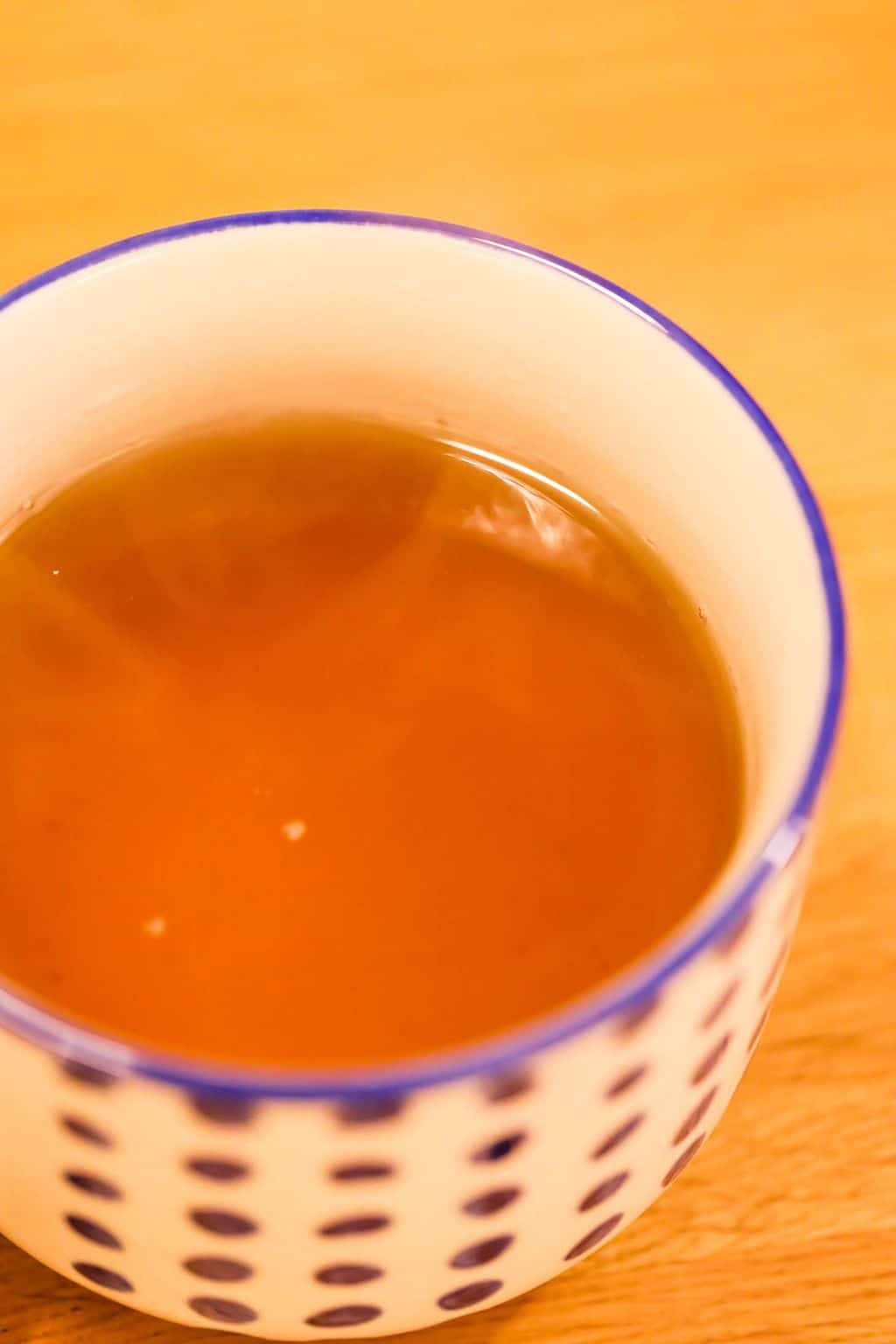 How to Make Sage Tea

How to Make a Buttery Flaky Crust 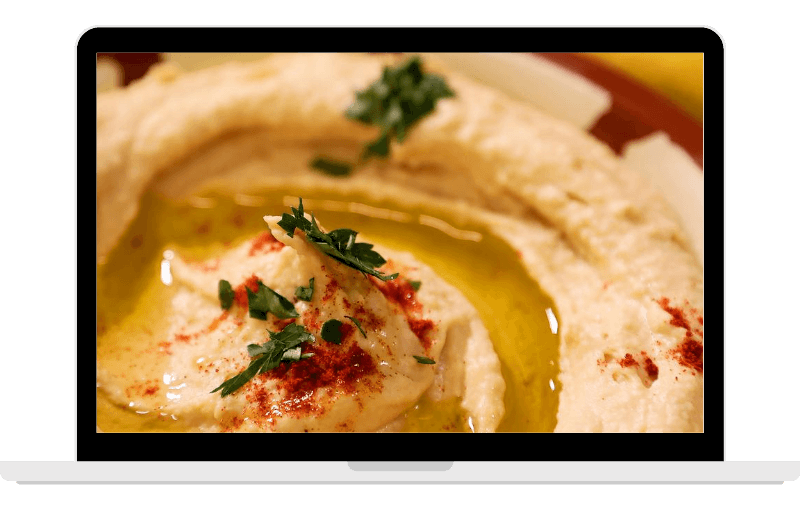 Get 20% Off Online Cooking Classes

Sign up and get your exclusive discount of our new private and group cooking classes!