How to Make a Buttermilk Substitute 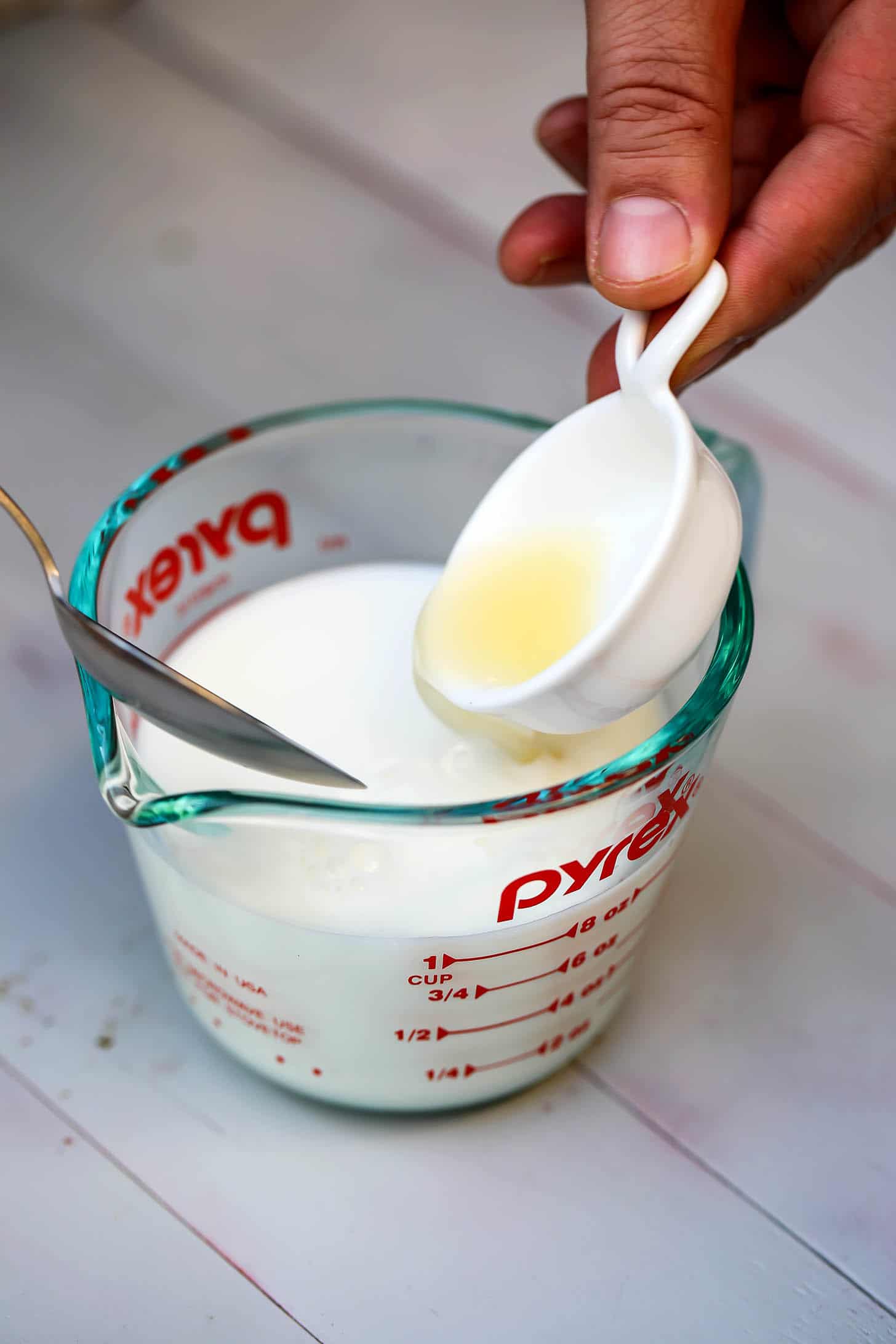 Buttermilk was originally the thin and flavorful liquid leftover after butter was churned.

Not only does it have a nice taste, but is full of nutrition, and has several uses in cooking, and baking.

When baking with buttermilk it helps gluten become extra soft and more tender.

Helping quick breads rise, and often adds a welcome lightness to the bread, buttermilk is a great ingredient. 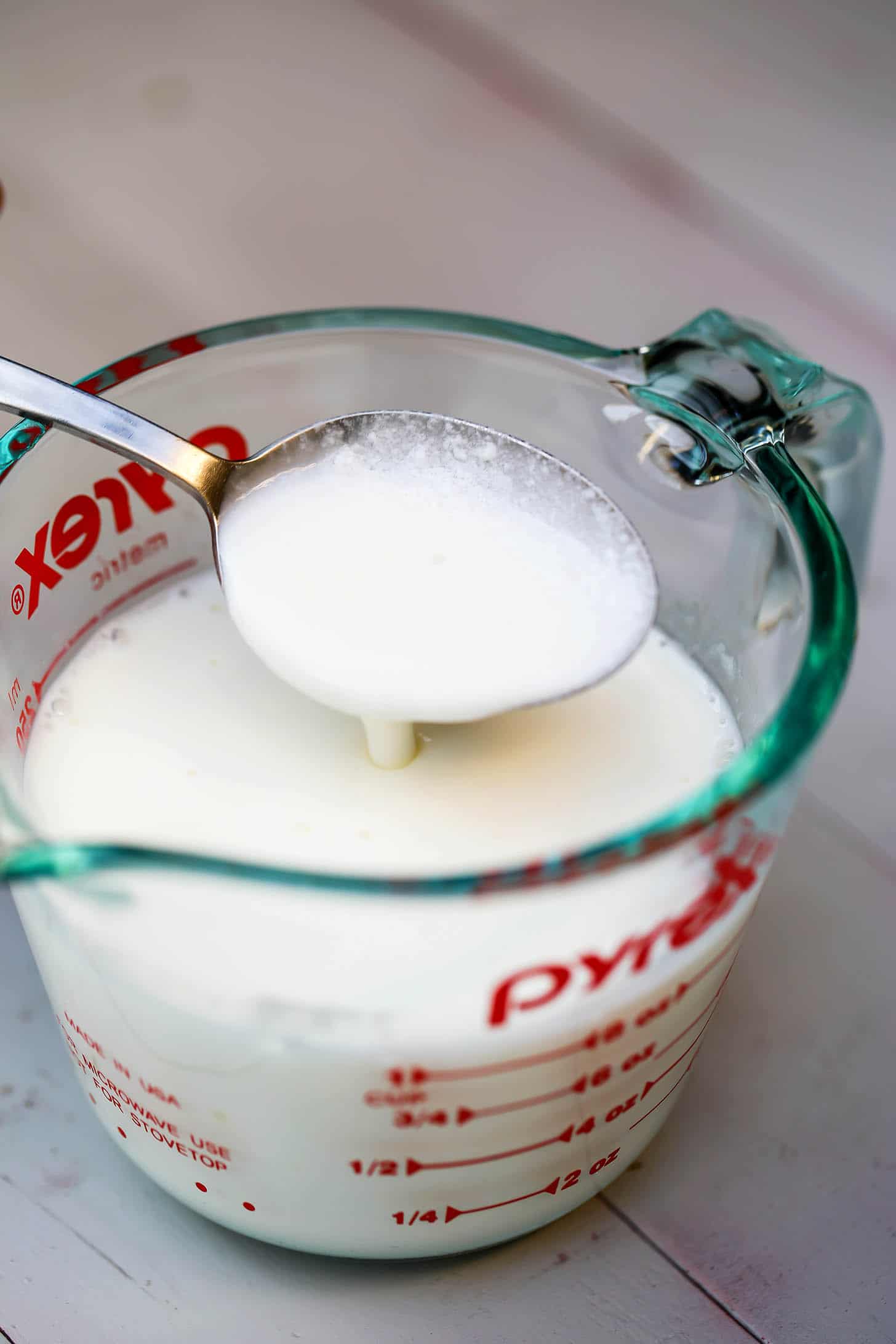 Slightly sour tasting, and a consistency of a cross between milk and yogurt, buttermilk is a popular ingredient.

When milk is left out at room temperature it begins to ferment as very tasty cultures begin to develop.

Originally a byproduct of butter making, it was a thin liquid, low in fat, which lasted longer than fresh milk.

Nowadays buttermilk is more of an intentional product, being made with the addition of cultures added to the milk.

Traditional buttermilk is very commonly found in the Arab world and the Indian SubContinent.

Widely known as a healthy, and beneficial beverage, buttermilk is a very good drink for gut health.

A very common drink in the Middle East, and other warm countries, where milk will begin to ferment rather quickly.

A big contributor of good bacteria to the gut, buttermilk is also thought to be a very effective anti inflammatory. 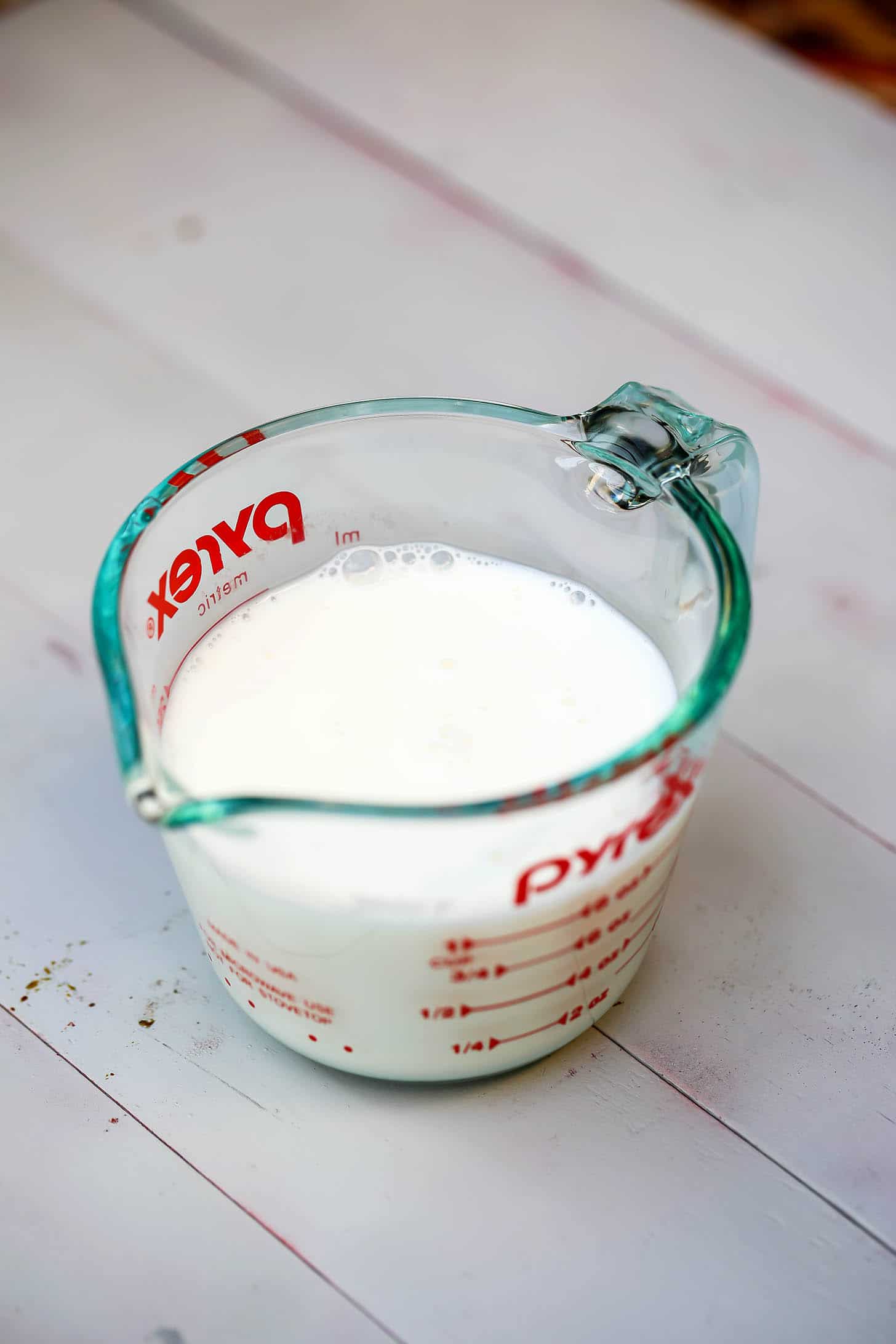 You can drink buttermilk as is; it can be an acquired taste for some.

In some cases mint, or other flavors are added to the milk as a way to enhance the beverage.

Buttermilk is commonly used in marinating meats since the acidic nature helps tenderize and soften the meat.

The fermented nature of buttermilk along with baking soda in batter is the perfect combination to provide some leavening.

This is due to the byproduct of carbon dioxide being produced, making bubbles which puff up the batter.

Other common uses are in recipes like biscuits, pancakes, waffles, cakes and other baked desserts.

Other than for culinary purposes, buttermilk has been used to soften the texture of hair, and to cleanse the scalp.

Why use Buttermilk in Baking 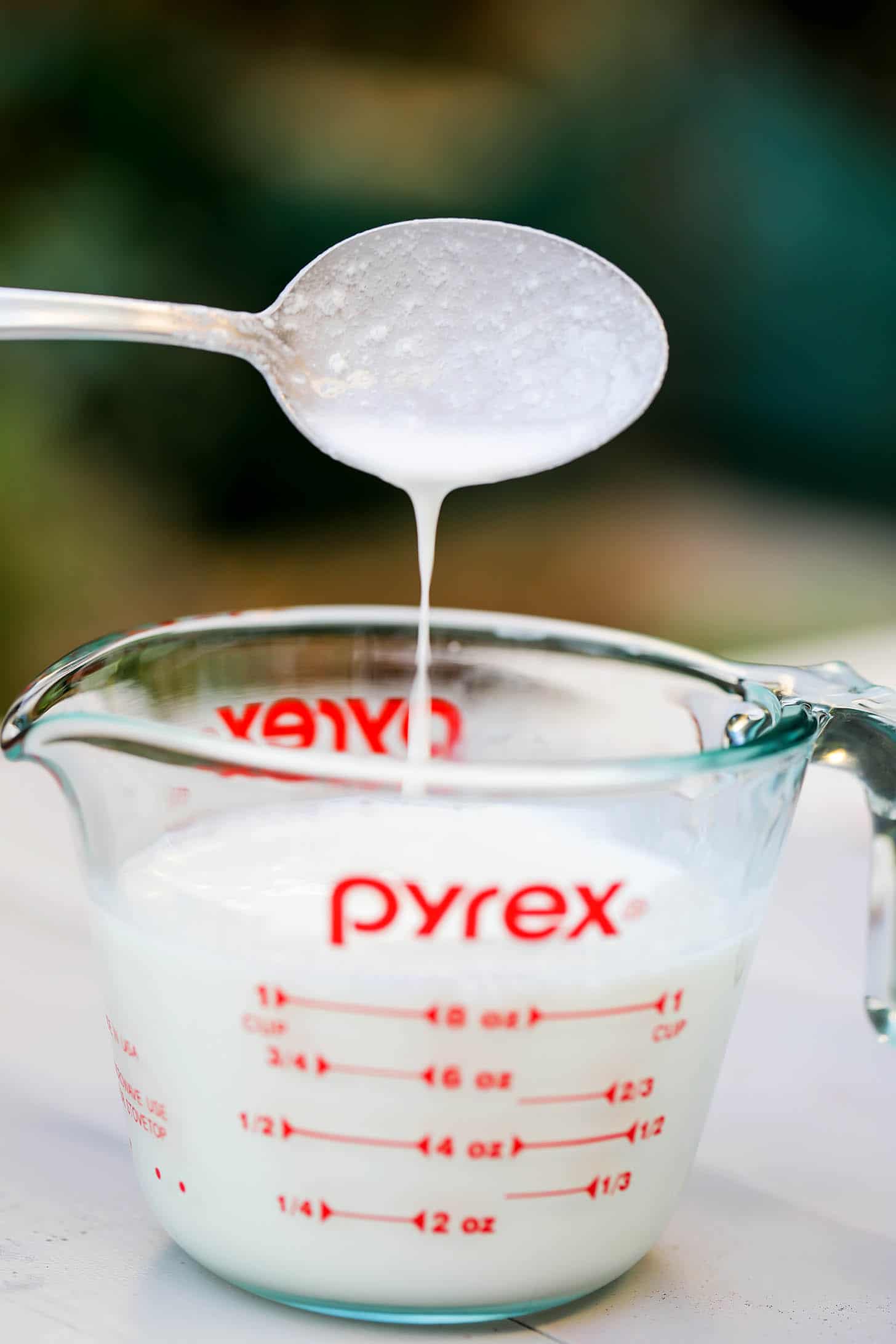 The lactic acid in the buttermilk in combination with baking soda adds a lightness to your cake or biscuits.

The buttermilk will also even out the baking soda and eliminate any metallic flavor of the bicarbonate of soda.

Also, you can’t deny the additional flavor that buttermilk delivers with the tangy taste that it’s well known for.

Buttermilk will also help your baked goods keep from browning too quickly, allowing them to remain a lighter color.

When a recipe calls for buttermilk it is usually for one of the purposes listed above.

However, don’t forget the health benefits that real buttermilk can give you.

How to Make a Buttermilk Substitute

I know that we are talking about buttermilk substitutes which work well for baked goods.

However, my advice is always use the real thing when you can for a noticeable difference!

If  you find yourself short of a cup of buttermilk, go ahead and use one of these methods for good results.

I most typically use vinegar or lemon juice when I need to use a buttermilk substitute recipe.

You will get best results when using regular milk with full fat to 2% milk fat.

Vinegar & Milk – Add one tablespoon of white vinegar to one cup of milk and stir, then let sit for a few minutes until thicker.

Lemon Juice & Milk – Add one tablespoon lemon juice to one cup of milk and stir, then let sit for a few minutes until thicker.

Buttermilk powder is a product on the market that can be mixed with the dry ingredients when baking.

Typically water is then used in place of the buttermilk that is called for in the recipe.

One other substitute is Kefir (fermented milk); used as a one to one substitute for buttermilk.

Can You Freeze Buttermilk?

Yes, you can freeze buttermilk very easily to use later, just like you can milk, butter or cheese.

I like to freeze mine in small amounts from ¼ cup to ½ cup measurements.

That way I can measure 1 cup easily by adding them together, thawing and mixing.

Thaw in the fridge overnight when you are ready to use it.

Freezing will cause the buttermilk to separate and therefore will require you to whisk before using.