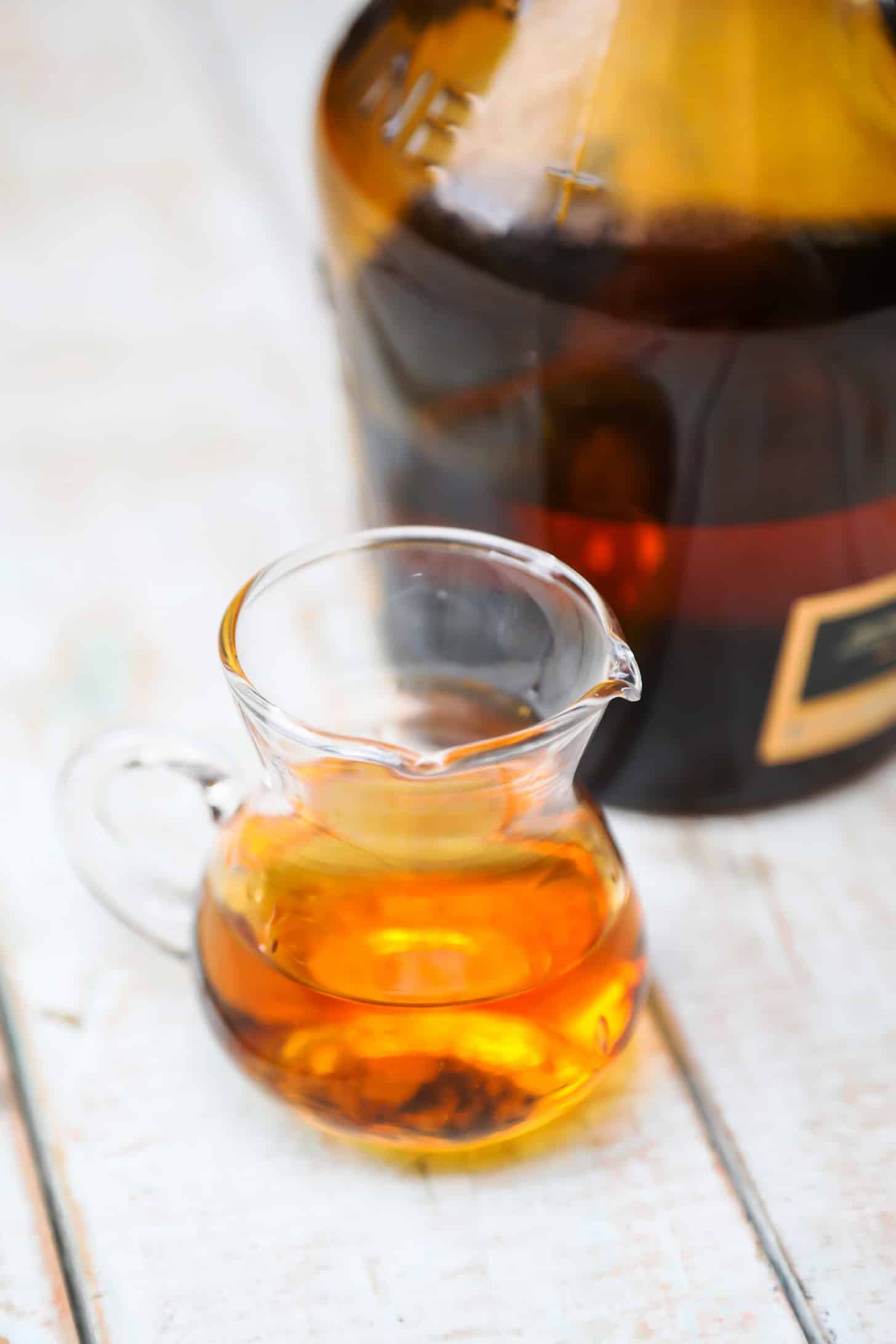 Read on if you are looking for a vanilla extract substitute that will work in a pinch, and still provide nice flavor.

One of the most universally known, vanilla flavor is not always readily available, or it is prohibitively expensive.

Contents hide
1. Short History of Vanilla
2. How is Vanilla Essence Extracted?
3. What Types of Substitutes are Best, and Why
4. A Few Interesting Facts

Therefore, it is good to have some workarounds in your cooking wheelhouse.

Vanilla is the only edible fruit in the orchid family, which is the world’s biggest blooming plant family.

There are about 150 kinds of vanilla, but only two are widely used, Bourbon and Tahitian.

Vanilla was used by the Aztecs to flavor their chocolate beverages, and to pay their taxes.

After the European invasion, the locals did an excellent job of keeping the procedure that brings out the flavor in the vanilla beans a secret.

This is why processing factories weren’t built in Europe until the end of the 1700s.

And then In 1847, Vanilla Extract was invented, by the Europeans.

Vanilla farms were created in Indonesia and other tropical nations such as Madagascar in the mid-1800s.

How is Vanilla Essence Extracted?

Vanilla extract is created by macerating and percolating vanilla beans in an ethanol and water solution, which gives it it’s dark brown color.

Nowadays, vanilla extract is the most commonly used form of vanilla.

The name “Bourbon vanilla” refers to vanilla beans that originate in the Bourbon Islands, which include Madagascar, Mauritius, and Réunion.

The bourbon vanilla name derives from the period when the French Bourbon rulers governed the island of Réunion.

Vanilla is a tropical orchid with over 150 variations, however, vanilla climbing vine is native to Mexico.

Vanilla vine produces yellowy green flowers that are hand pollinated once a year.

Because the flowers only last one day, workers must work quickly.

It’s used in many Western sweets, particularly baked products such as cakes, cookies, brownies, and cupcakes, as well as custards, ice creams, and puddings.

What Types of Substitutes are Best, and Why

Maple Syrup can be a great substitute for vanilla extract, because it has the same sweet scent as vanilla.

It closely resembles vanilla’s mellow flavor, and an equal amount of maple syrup can be used.

You can also use almond Extract which is much stronger than vanilla, but if used moderately, it will provide a similar flavor profile.

Only half the amount of almond extract is required when vanilla extract in a recipe is called for.

Vanilla powder can also be used as a substitute for vanilla extract.

Bourbon, rum or brandy can also be used since vanilla beans are soaked in alcohol to extract its appealing taste and aroma.

This is why it’s a great replacement to use in the same quantity of a flavored spirit in the amount of vanilla.

And as long as you bake whatever you’re creating, the alcohol will cook away, leaving you with only the taste, and no alcohol content.

You can also use other spices like cinnamon, cardamom or nutmeg.

These spices can enhance other flavors in baking just like vanilla does.

They are also cheaper and last longer.

Of course there are imitation vanilla products on the market, and you can always make homemade vanilla extract.

Vanilla is the most labor intensive agricultural crop on the planet, which explains why it is so expensive.

The first blossoms may not show for up to three years after the vines have been planted.

To fully develop their unique scent, the fruit, which resembles big green beans, must be left on the vine for nine months.

Although vanillin is the major flavour component, pure vanilla extract contains hundreds of other flavor chemicals that give it its rich, deep flavor.

There is no way to make vanilla extract that is colorless or transparent because of the way it is produced.

As a result, any clear vanilla flavoring is artificial!

Because genuine vanilla is in such high demand and is so expensive, synthetics are frequently substituted.

In reality, artificial vanilla is used in 98% of cases, mainly directly due to cost.

The vanilla business is under threat from a new generation of synthetic vanillas.

Many companies use fake vanilla instead of real vanilla and market it as “natural flavors.”

This puts producers at a disadvantage because they can’t compete with the cheaper synthetic vanilla.

Many have left their crops and moved to industrialized areas or nations in search of other jobs. 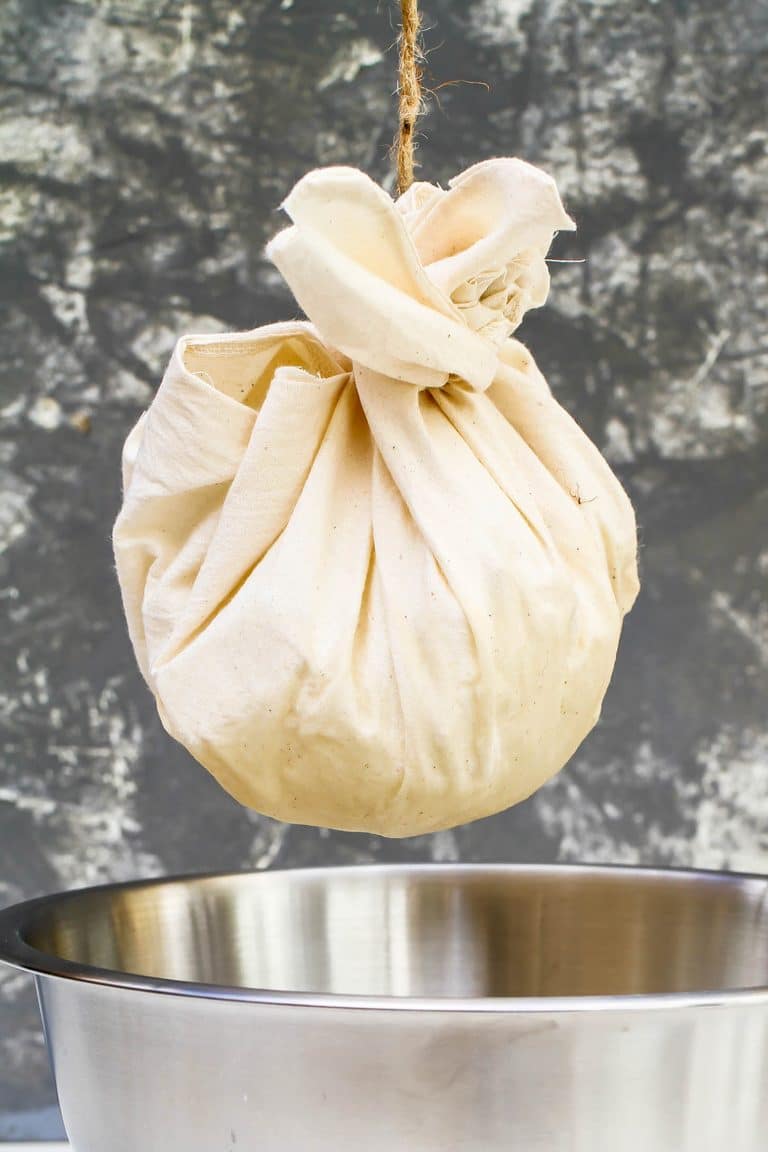 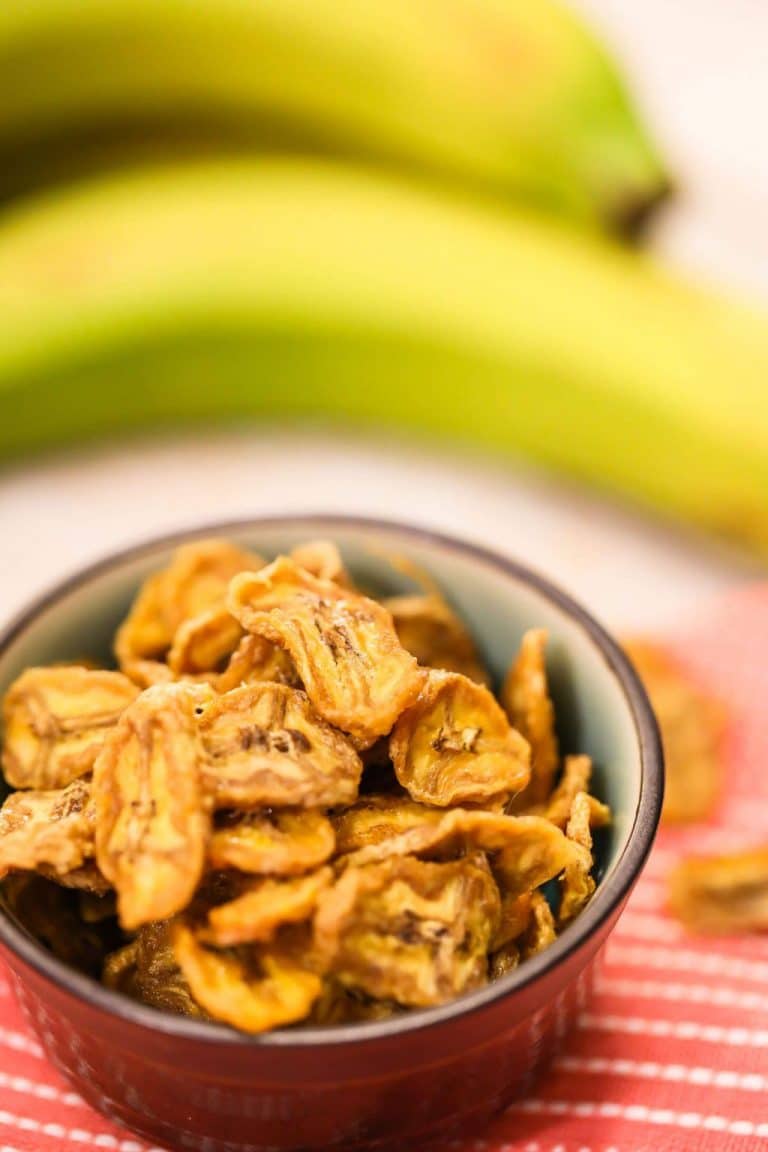 If you are ever looking for a nice healthy treat for yourself, here is how to make banana chips. 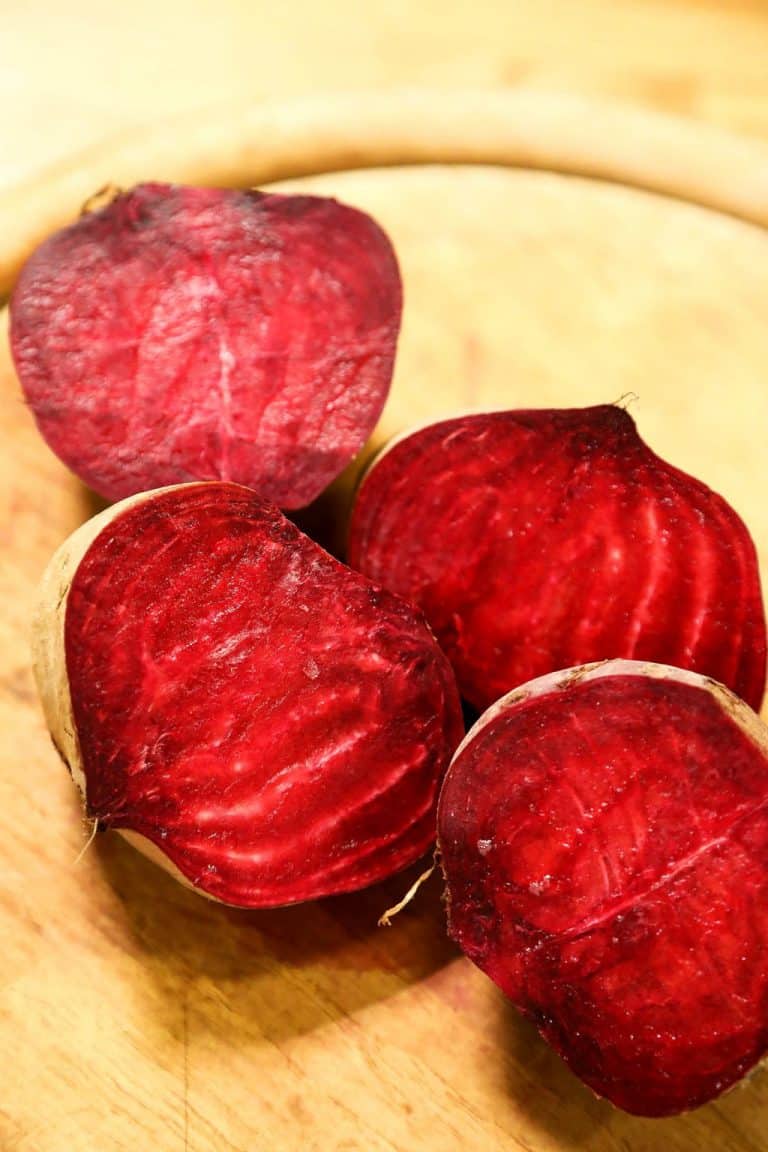 There’s no tastier vegetable side dish than roasted beets! 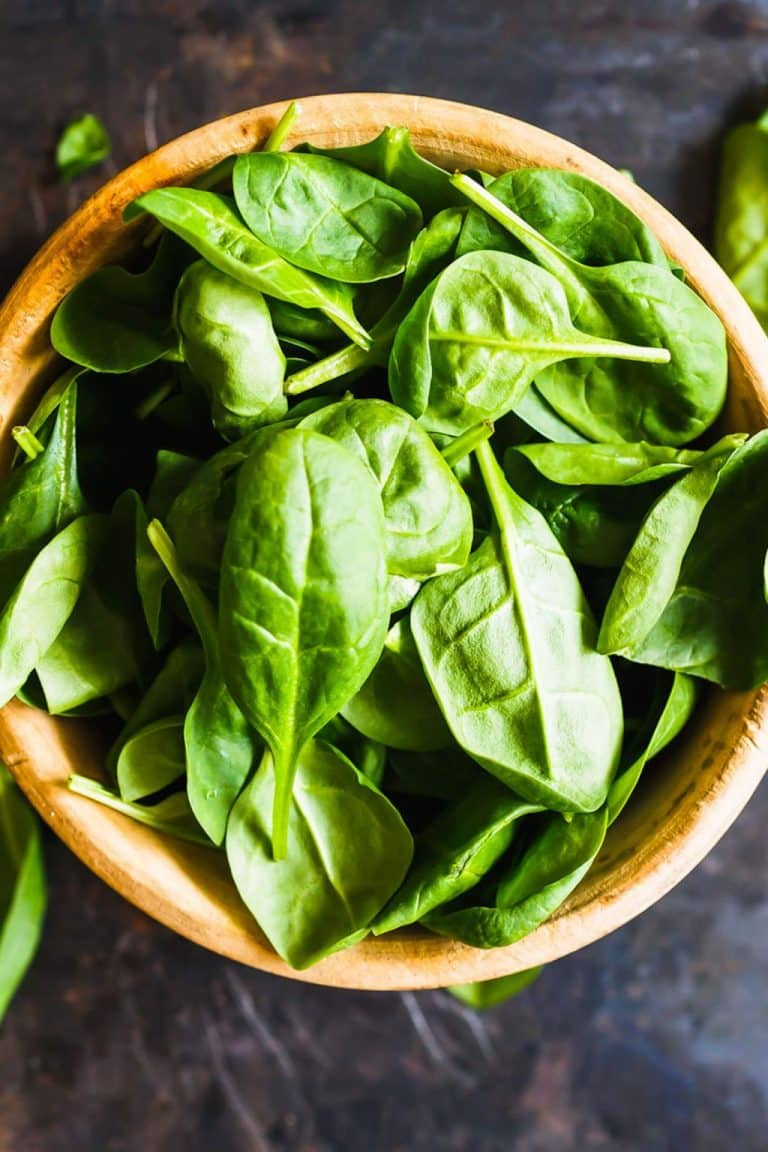 I never thought that there would be 50 types of basil to add to your cooking, or even to grow in your herb garden. 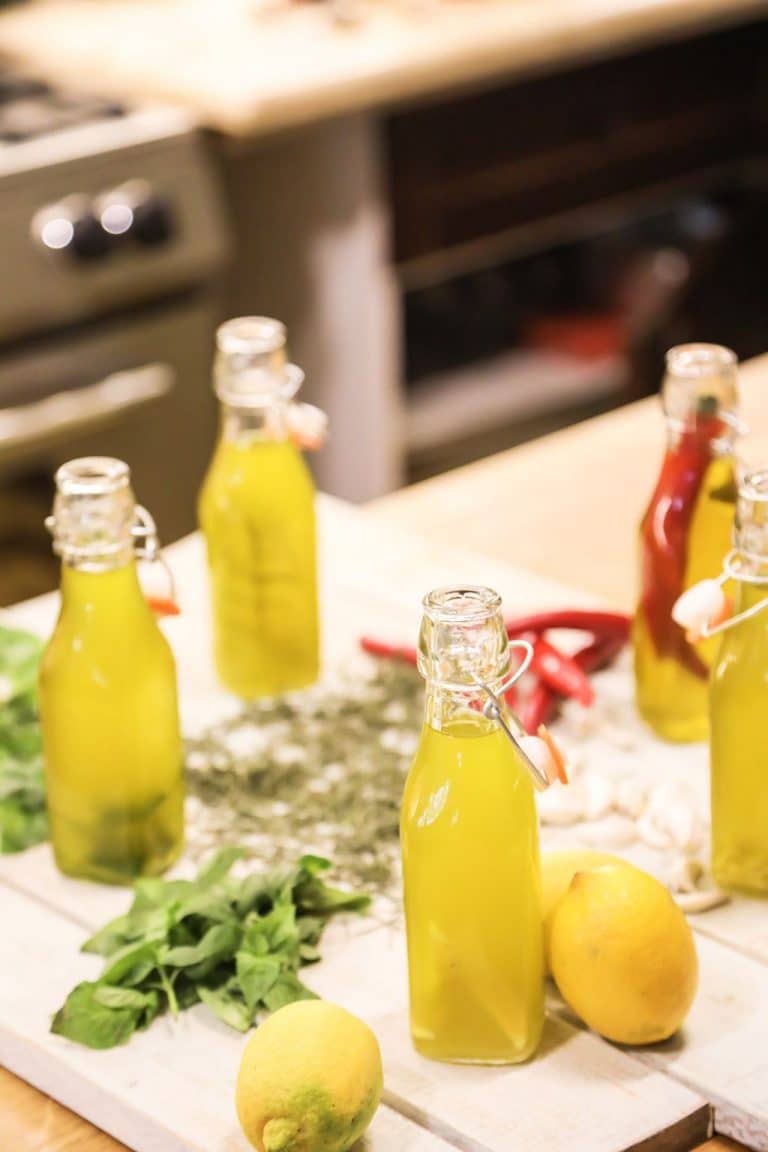 Flavored olive oils are a delicious addition to any home chef’s kitchen. 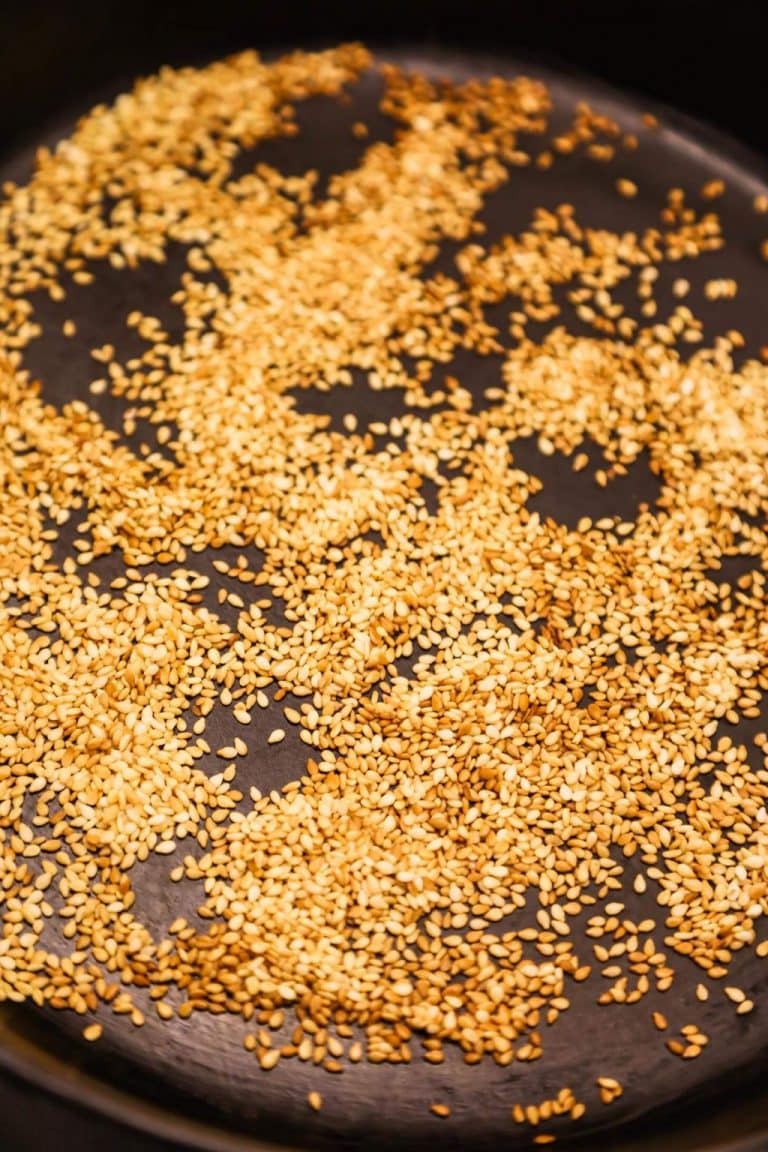 Raw sesame seeds are great too, but there is no substitute for the roasted variety.