Having travelled around the world, I've been fortunate to try lots of fantastic whiskeys! Here's a round up of the best whiskey brands. 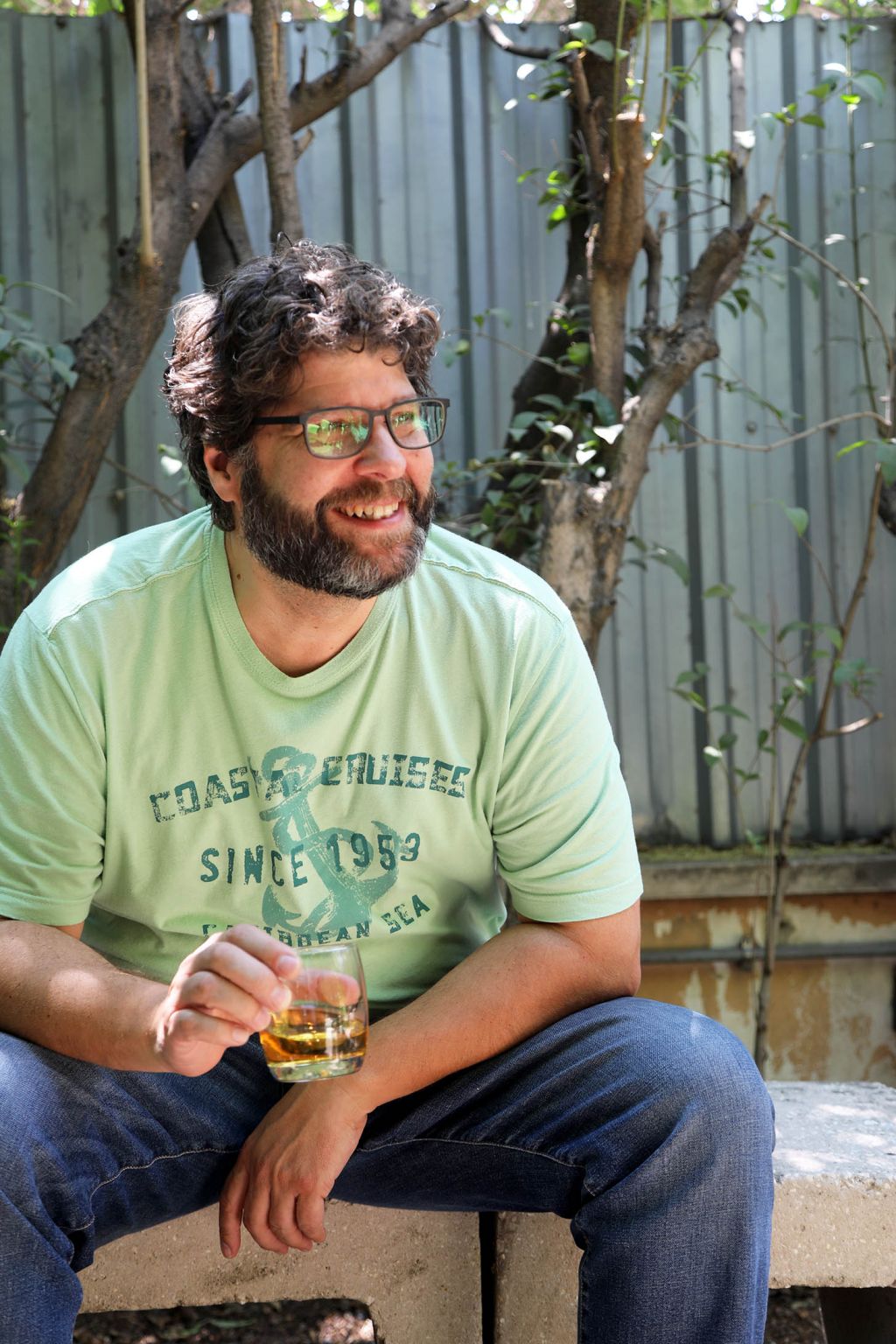 History says that the making of spirits goes all the way back to at least 800 AD when the Arab Abu Musa Jabir ibn Hayyan known as the ‘father of chemistry’experimented with distillation, which is the process of purifying a fermented beverage such as beer or wine.

Ibn Hayyan was most likely implementing this technique as a way to extract scents for perfume.

Doctors serving both Scotland and Ireland began translating the Arab texts on distillation, and created the first whiskies.

No one is sure if it happened in Scotland or Ireland first, so those of us not from those places just call it a tie.

Of course each country separately claims the title of first whisky/whiskey.

With difficult access to grapes in Scotland and Ireland, and as with most challenges, necessity being the mother of invention and all, barley beer was soon being distilled into Scotch whisky, and Irish whiskey.

And since then there has been an explosion of distilleries producing all kinds of different varieties of whiskies with a broad variety of different flavors, depending on the region it’s distilled in, the water used, and of course the grain chosen for the mash.

There are so many ways to describe whisky, or is it whiskey we are talking about?

Putting the ‘e’ in whisky is the Irish, American, and Japanese spelling, and without the ‘e’ it is scotish, and as most Scots will tell you the correct way to spell it.

How ever you spell it, the “water of life”  has been an elixir of sorts over many centuries.

Not the oldest of alcohols since distillation came after fermentation techniques were developed, which served as a way for humans to get drunk, apparently pretty much since the beginning of time.

So what are these different varieties of whiskies?

How different are they?

Essentially whisky is whiskey as far as the actual liquor goes.

The difference in flavors come from the differences in technique, ingredients, and often location.

What is Whiskey Made Of? 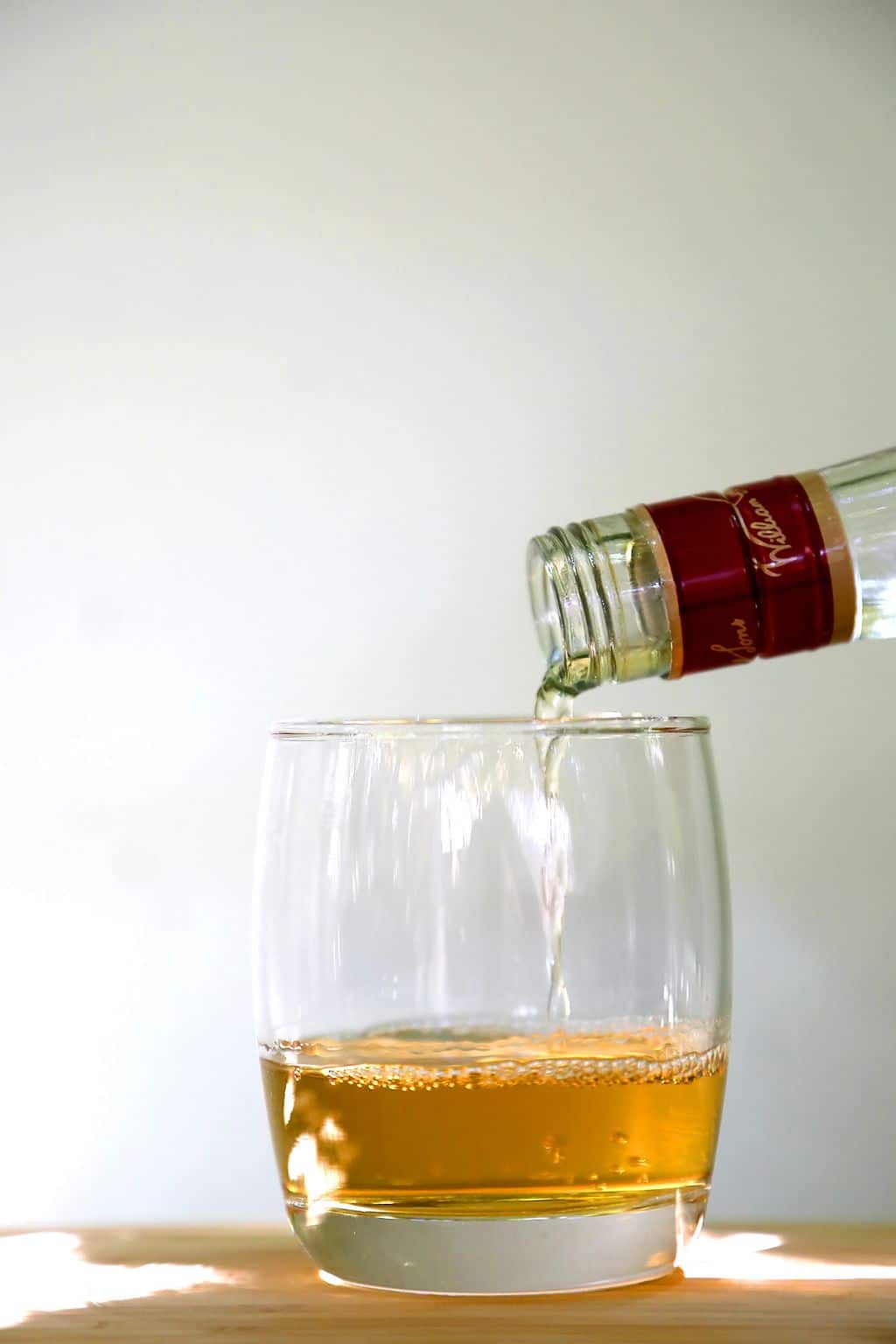 Scotch whiskey is made from water mixed with malted barley which allows it to germinate and create the beer type liquid which is then distilled.

By law it must be aged for at least three years in oak barrels with a capacity of no more than 700 liters.

The scotch must then be bottled at no less than 40% alcohol.

Nothing can be added other than water and caramel coloring, and of course it can only be labeled scotch if it is made in Scotland and follows these rules.

There are some distinctions to be aware of when making sense of labels on scotch whisky.

A single maltis a whisky that is made from malted barley from one single distillery.

A single grain is made from malted barley as well as other grains from one distillery.

Blended scotch is just that, a mixture of whiskies from different distilleries.

How is Whiskey Made? 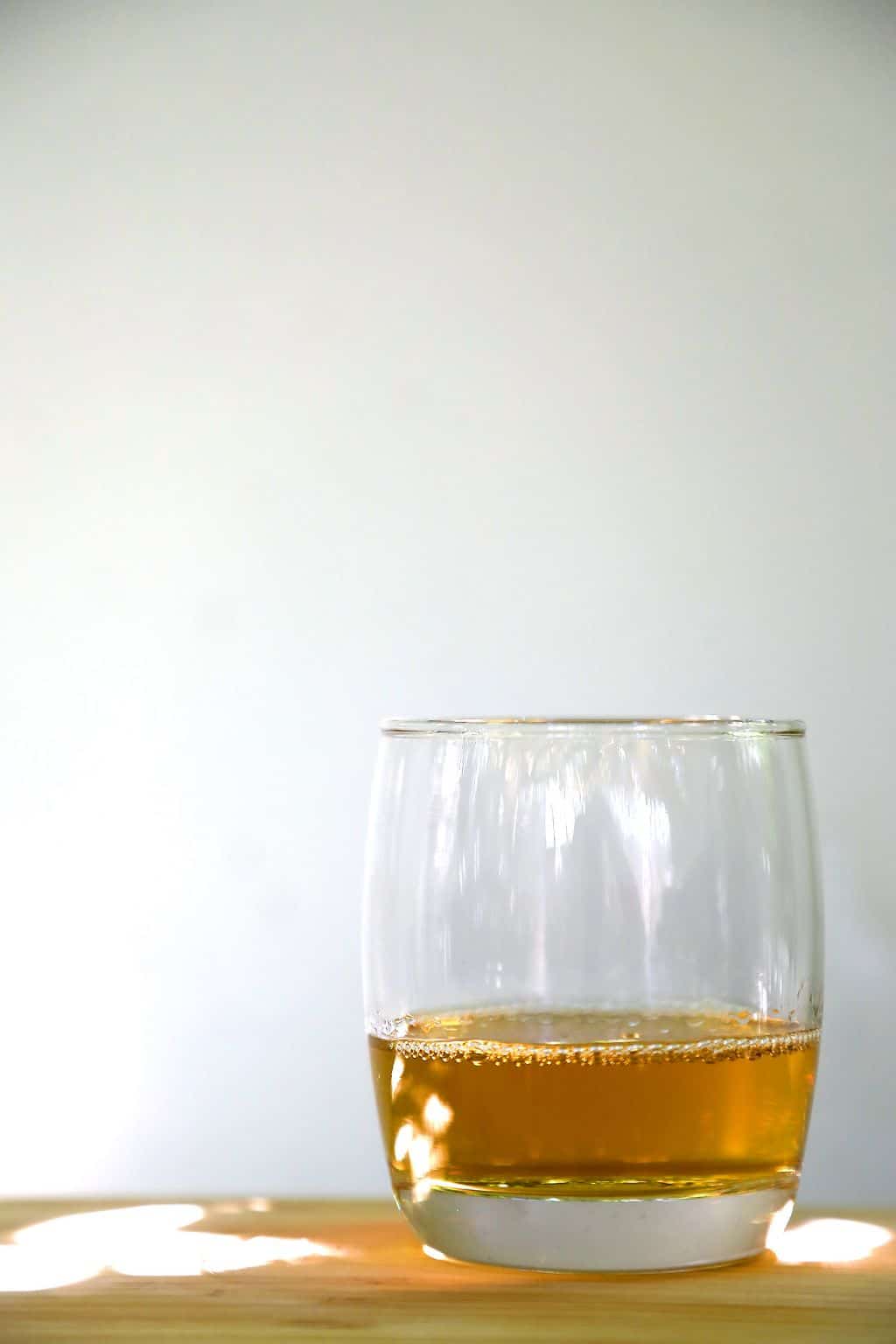 In general whisky is made by crushing the grains, wheat, corn, barley, rye etc. creating the grist which is like a flour.

Water is added making the mash, which is boiled and then allowed to cool.

Yeast is then added which begins the fermentation process by eating the sugar which in turn leads to the creation of alcohol.

When the liquid is drained at the end of this process you are left with what is essentially beer.

This is distilled using a still, and the liquor that emerges is stored in wooden barrels for varying periods of time.

Irish whiskey is made of both malted and unmalted barley, distilled in a pot still to less than 94.8% alcohol and aged for no less than three years in wooden barrels.

It can only be referred to as Irish whiskey.

Bourbon is a whiskey that is made in the United States outside the state of Tennessee (Tennessee has it’s very own whisky).

The mash used in bourbon has at least 51% corn and is distilled to 80% alcohol that is then mixed with water to lower the alcohol content to 62.5%, then aged in an unused charred oak barrel.

Bottled at no less than 40% alcohol, it can only be labeled bourbon if it is made in the United States and follows this process.

Tennessee whiskey follows the same technique for bourbon but is filtered through sugar maple charcoal, and of course is made in the state of Tennessee.

Other whiskies in the US are made using rye, barley and other grains.

My preferred everyday whisky so to speak would be the Balvenie 12 year single malt scotch, with a sweet hint of vanilla on the nose, the palate is light with a taste of mint, leading to a finish that is fruity with a nuttiness for balance.

A really good all round flavor in a whisky.

I recommend drinking whisky with a splash of water as the water helps open up the flavor, giving you an enjoyable, and nuanced tasting experience.

Here’s a list of the best whiskies in my opinion: 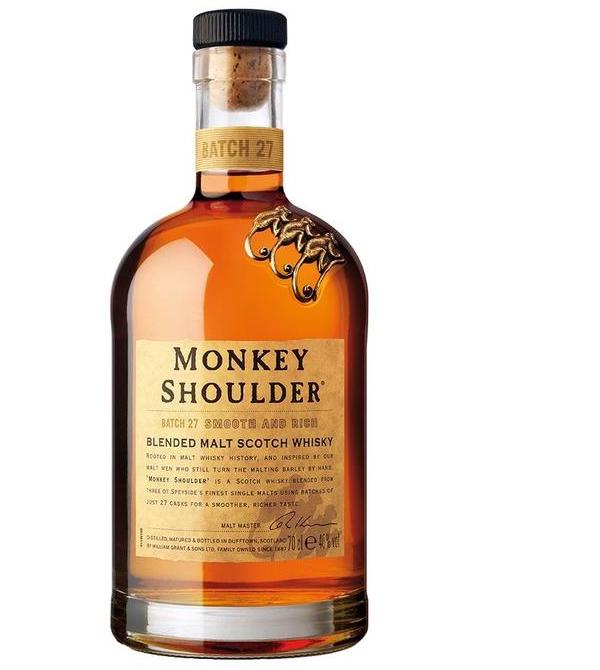 If you are William Grant, and own several high quality distilleries then why not make a blend of your whiskys?

This is exactly what has happened with the Monkey Shoulder blend, resulting in a superb whisky that is smooooth!

The maker describes it this way: 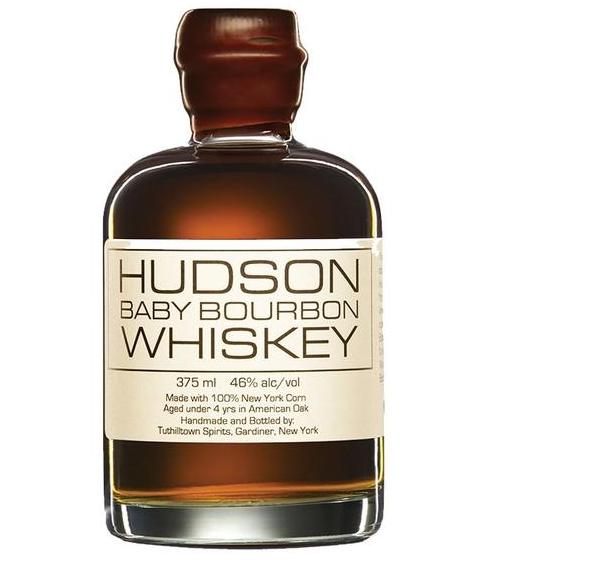 A non traditional but worthy contender, this 100% corn bourbon comes from the first legal pot-still in New York since prohibition.

With an unusual method at this distillery the whiskey is aged in two gallon barrels, with music playing to pass vibrations on to the liquor, which they say positively affects the flavor.

With flavors like vanilla, popcorn, marzipan, ginger, and chocolate covered peanuts this bourbon is a winner. 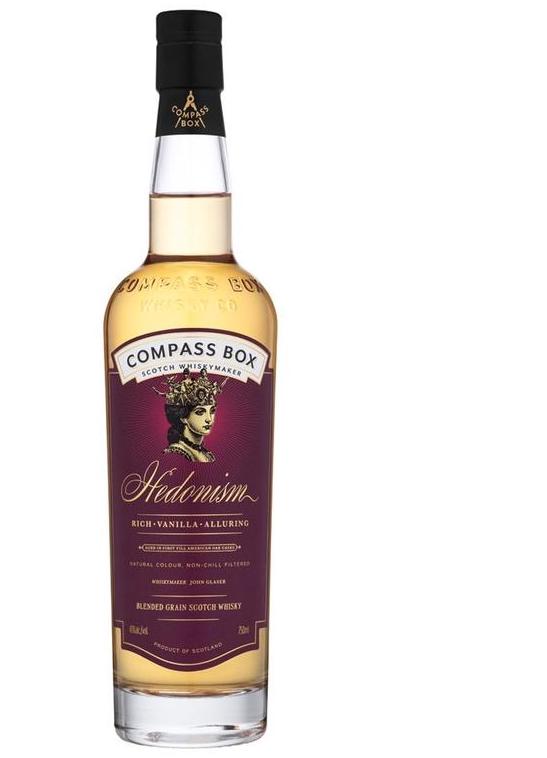 This very unique whisky with less than 6000 bottles released, is definitely one to try.

With the youngest malt in the blend is 20 years old, this whisky is a blend of a selection of grain whiskies of different ages from several distilleries.

A very complex and flavorful whiskey, one that evokes tastes of salted toffee, vanilla fudge, cloves, cinnamon, and ripe mango. 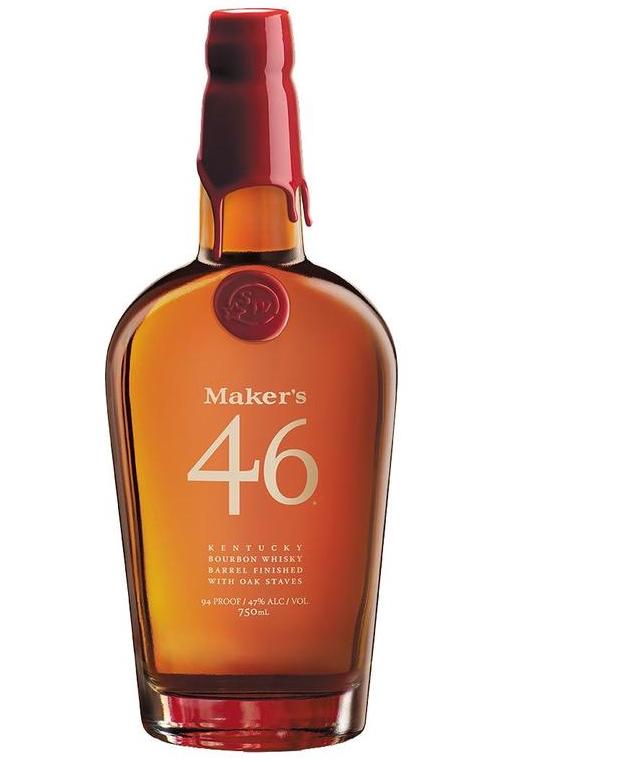 Creamy and very soft, this bourbon is somewhat spicy, with flavors of nutmeg, mulled wine spices, cinnamon, and allspice.

Its concentration of sweetness comes from the seared French oak staves that are utilized in making this very iconic whisky. 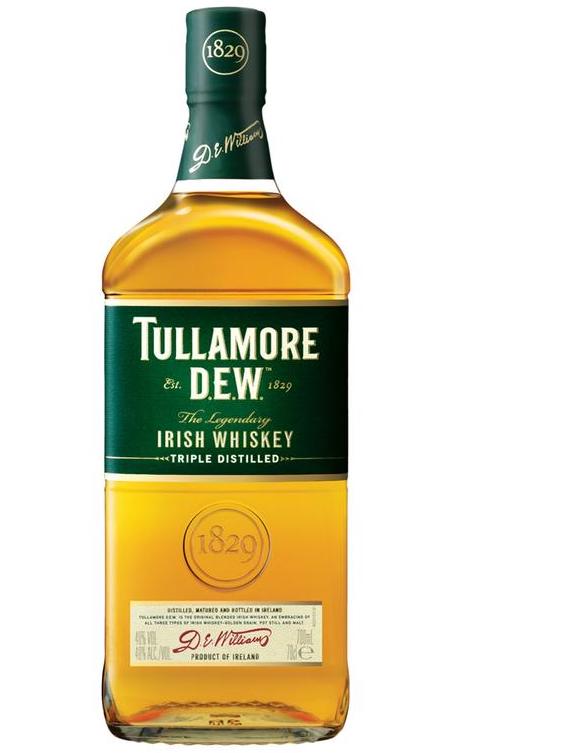 This a fine, fine Irish Whiskey that you should really find a way to taste.

The blending of grains, and malt, then aged in Oloroso sherry casks makes this a lovely whiskey indeed.

Caramel, raisins, clove, dried fruit, vanilla and spice come together to create a joyful experience in your mouth. 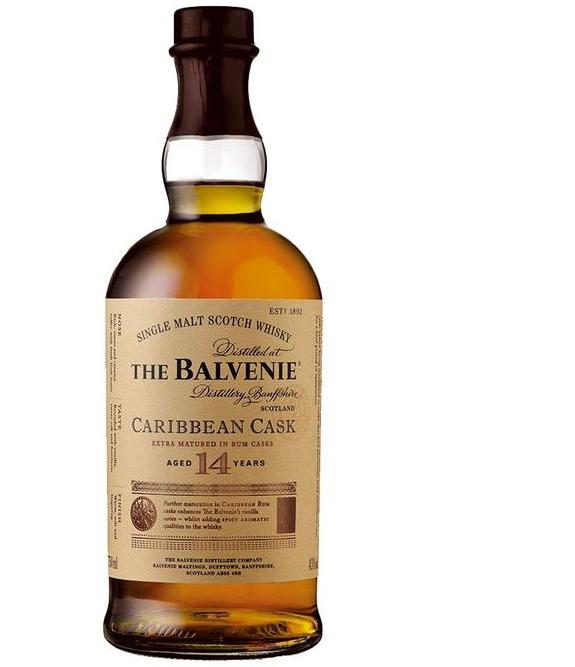 A fantastic single malt from a very well respected distillery.

Partially aged in rum casks adds a warm sweetness to this toffee, fruit and vanilla with notes of apple and mango.

The Balvenie has a reputation for some very outstanding whiskys. Make sure you have some! 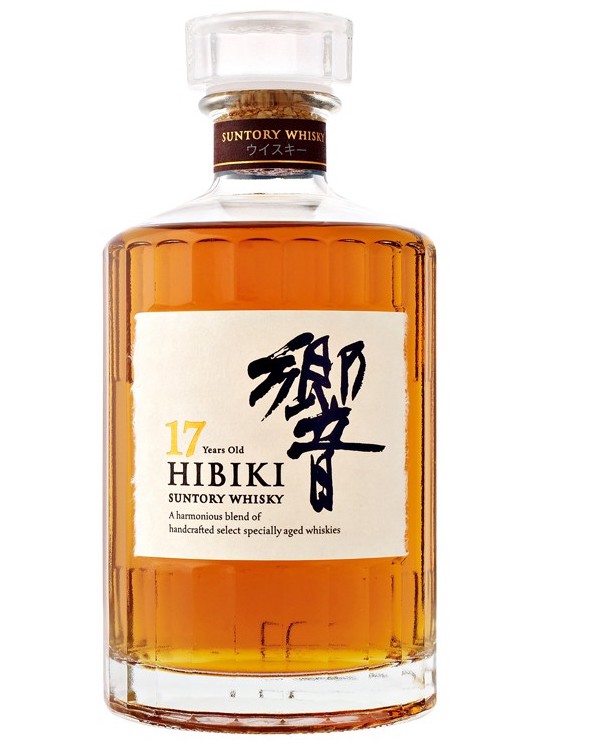 The Japanese have been making incredible whiskey for a long time now, and winning awards galore along the way.

Many would say the best whiskey in the world is now Japanese, and they may well have a point.

Aged in mizunara oak casks, the flavors imparted of raisins, custard, and a hint of smoke are spellbinding. 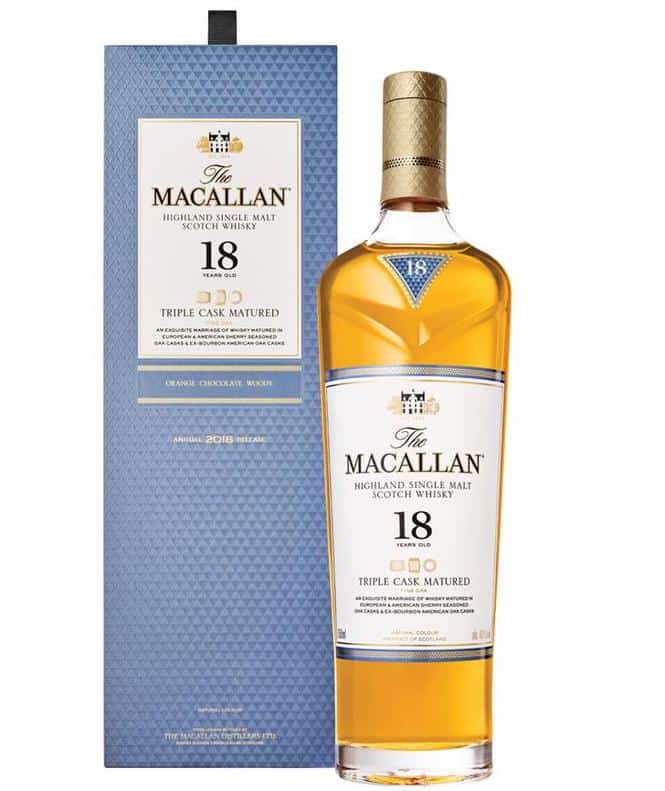 Macallan was one of the first distilleries to be legally licensed in Scotland beginning its legendary reputation as a fine whisky maker.

With a subtle complexity of chestnut, caramel, vanilla, dark chocolate, coconut, and ginger flavors, this expression evokes dried fruit, and a woody spice courtesy of the European and American sherry casks, and American ex-bourbon casks. 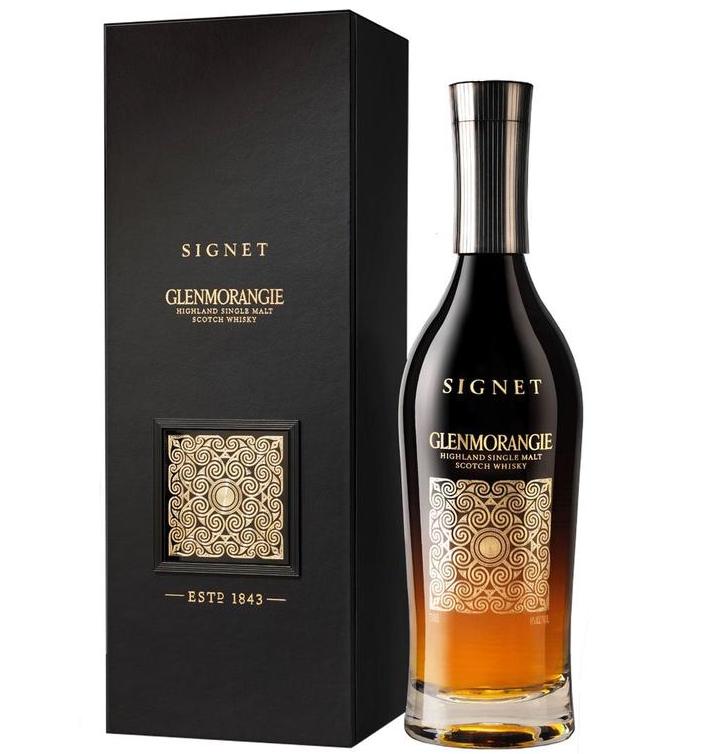 This is truly a one of a kind gem that is unlike all others in so many ways.

Unusual and exciting this beauty is twice distilled through Glenmorangie’s copper pot stills producing one of the more impressive single malts out there.

Using some heavily roasted chocolate barley that is normally used in stout beer gives this expression a taste of cocoa and coffee, and the sweetness of raisins and apricot. 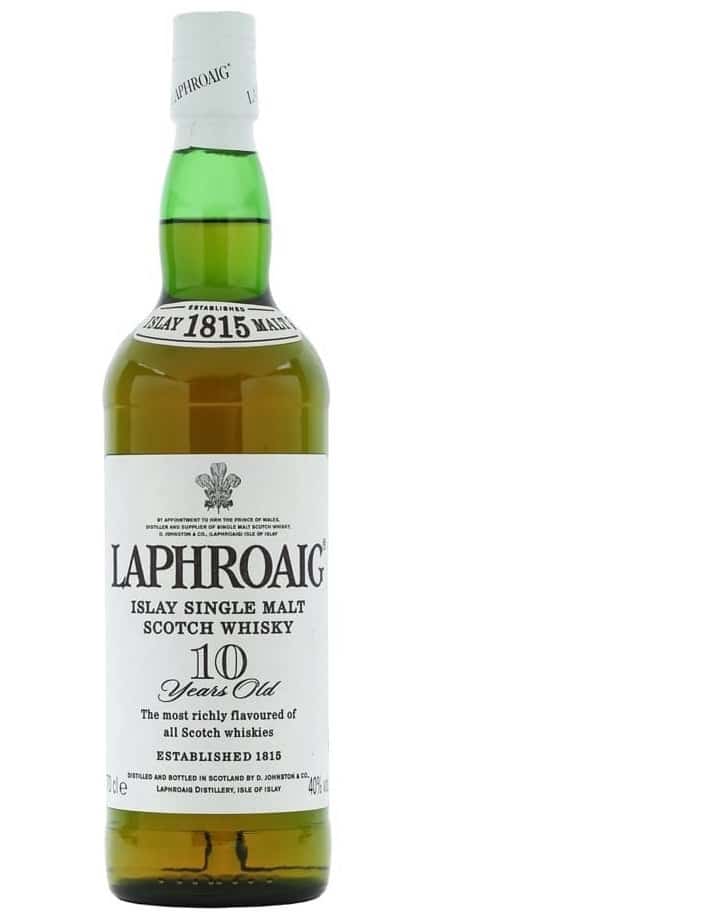 For those who like a smokey, peaty flavor, this one’s for you.

Said to be the richest Laphroaig ever, it boasts a smokey flavor with seaside minerality.

Peaty with a chili nip it gives way to a dry finish and a long sweet after taste.

World class in flavor, if you are a fan of smoke this one you will love. 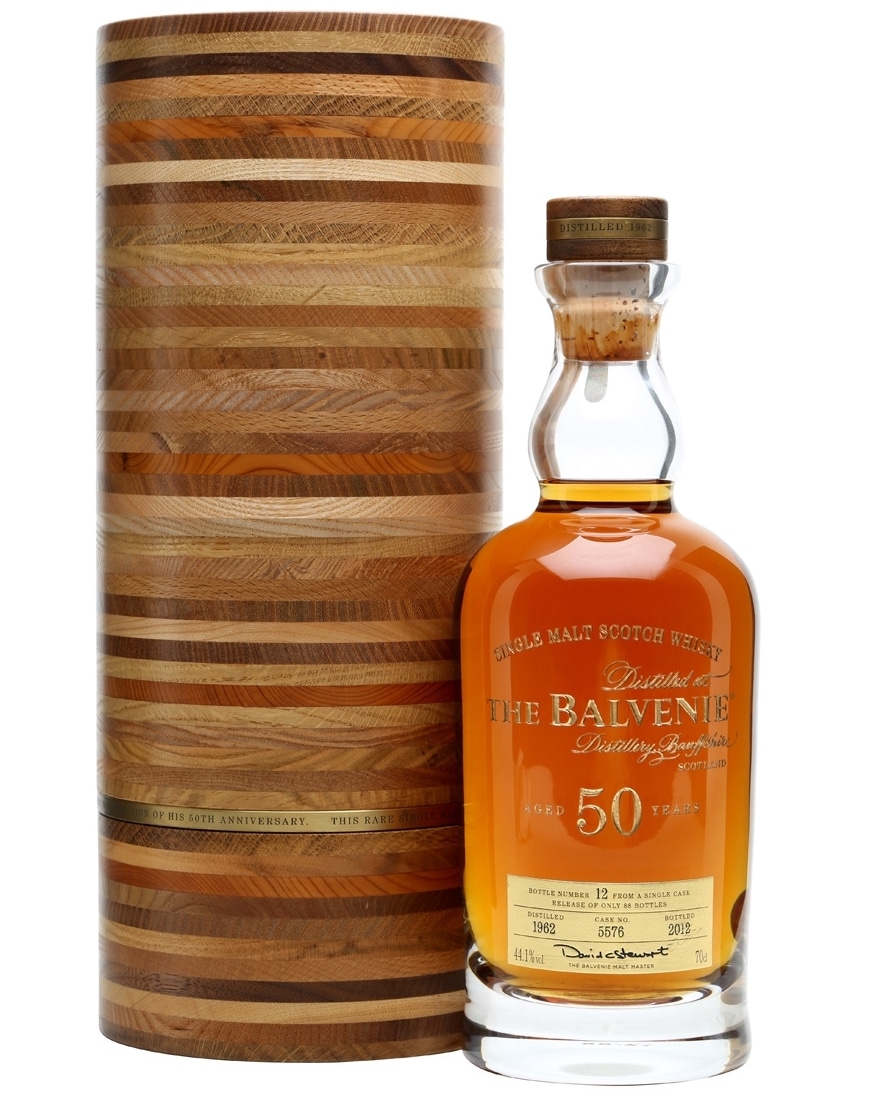 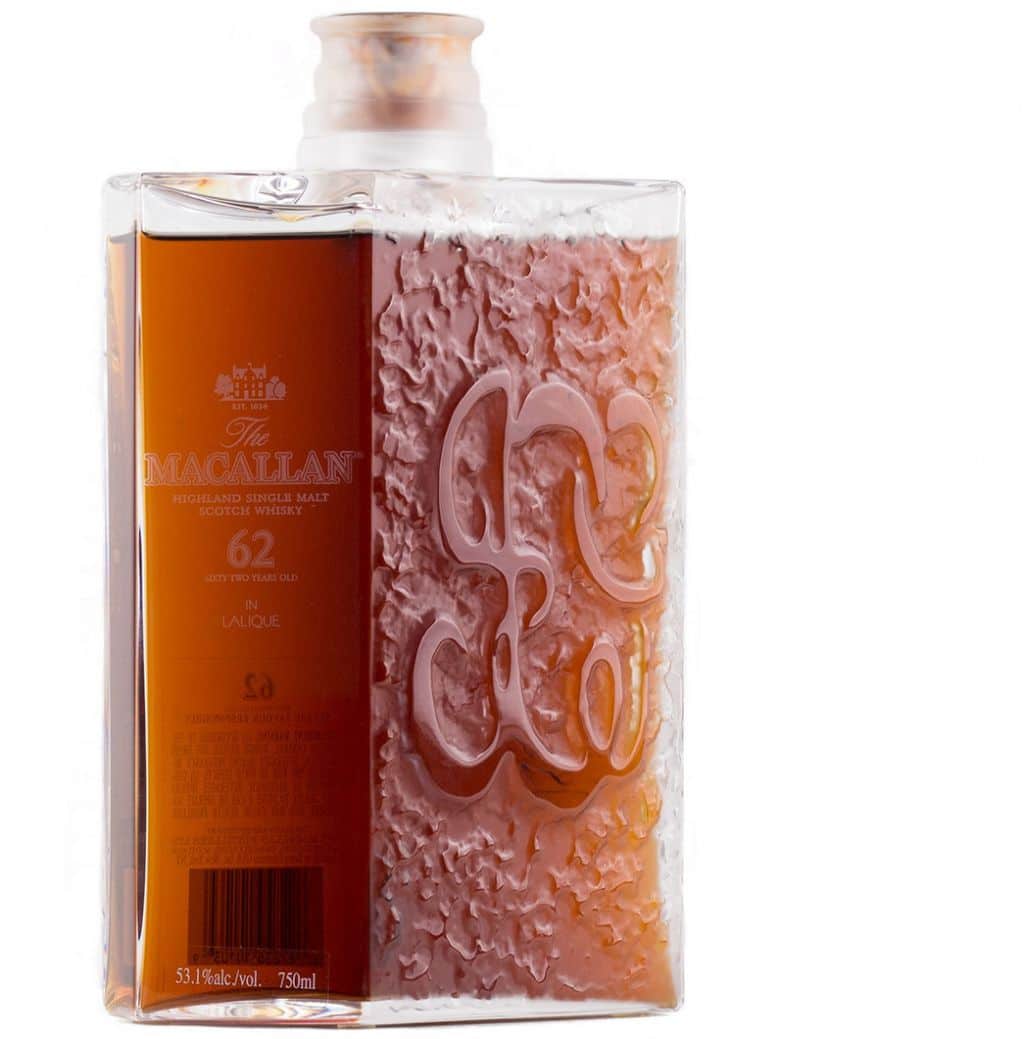 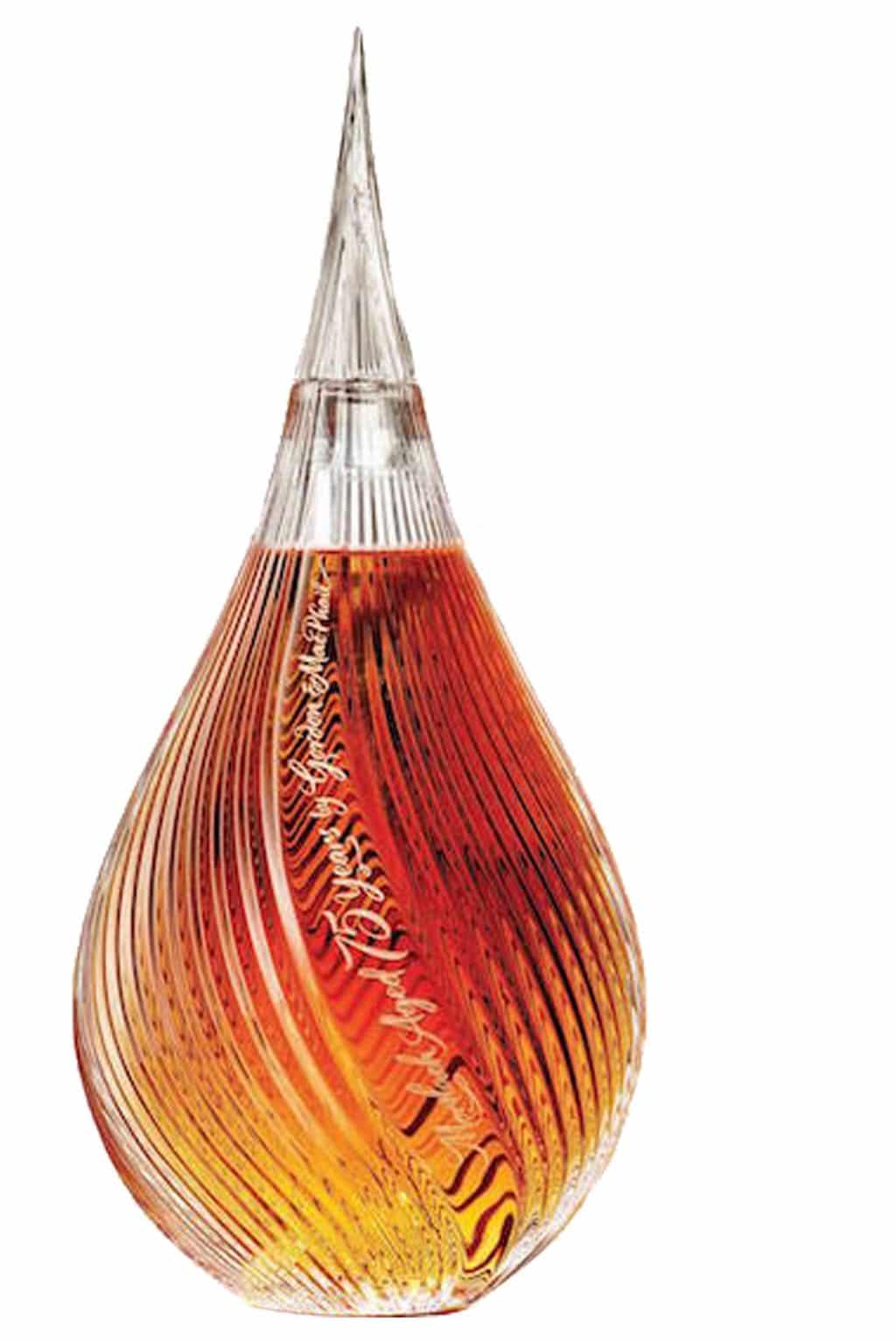 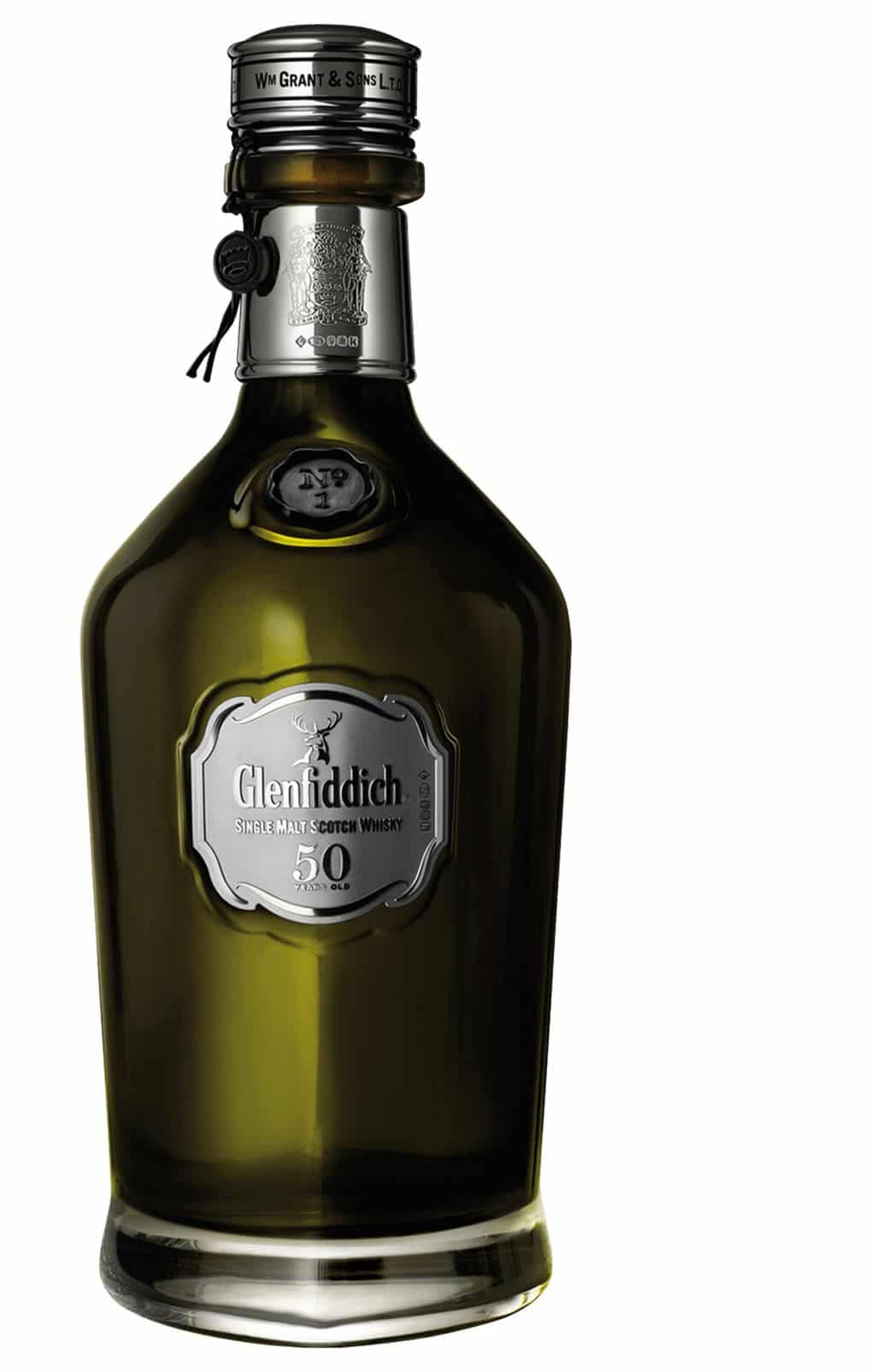 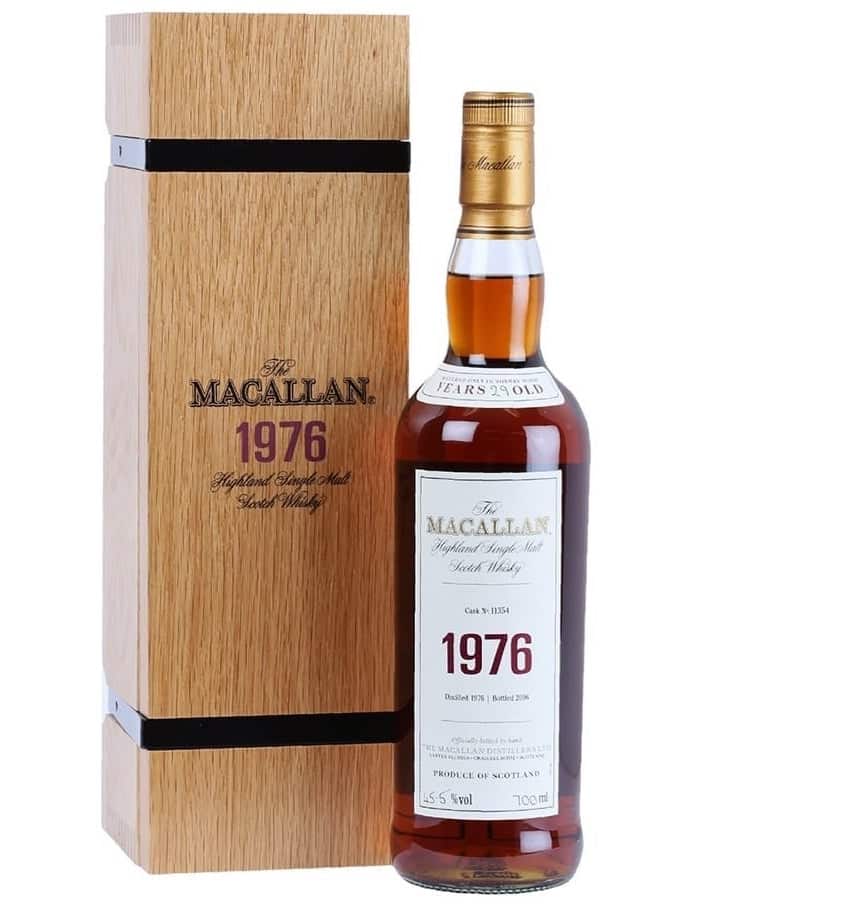 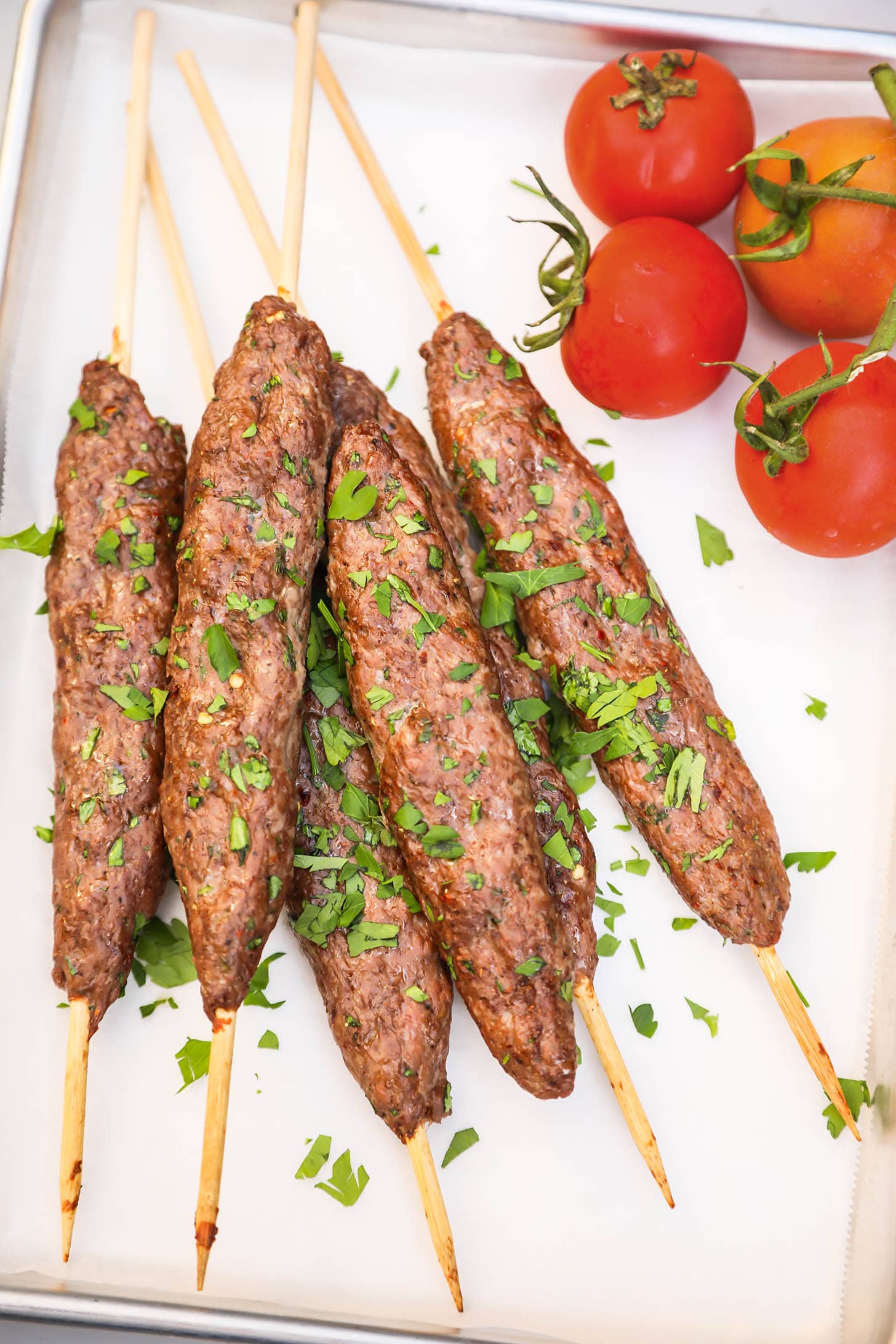